Published on October 1, 2019 by Ludovic Dubost

Our best month ever !

We have been waiting the end of September to publish an update as we wanted the real data on the best month CryptPad has ever had.

On the donation side, donations have continued to grow. We have received a total of 3400 Euros of donations and we are now reaching 230 Euros per month of monthly recurring donations.

On the subscription side, from June to August we already had increased subscription rates with more than 10 subscriptions each of these month which was more than the double of the average of the previous periods. In September we have had an even bigger surge with 20 new subscribers to CryptPad.fr. Subscriptions have reached a total of 6910 Euros and 607 Euros of monthly recurring revenue. 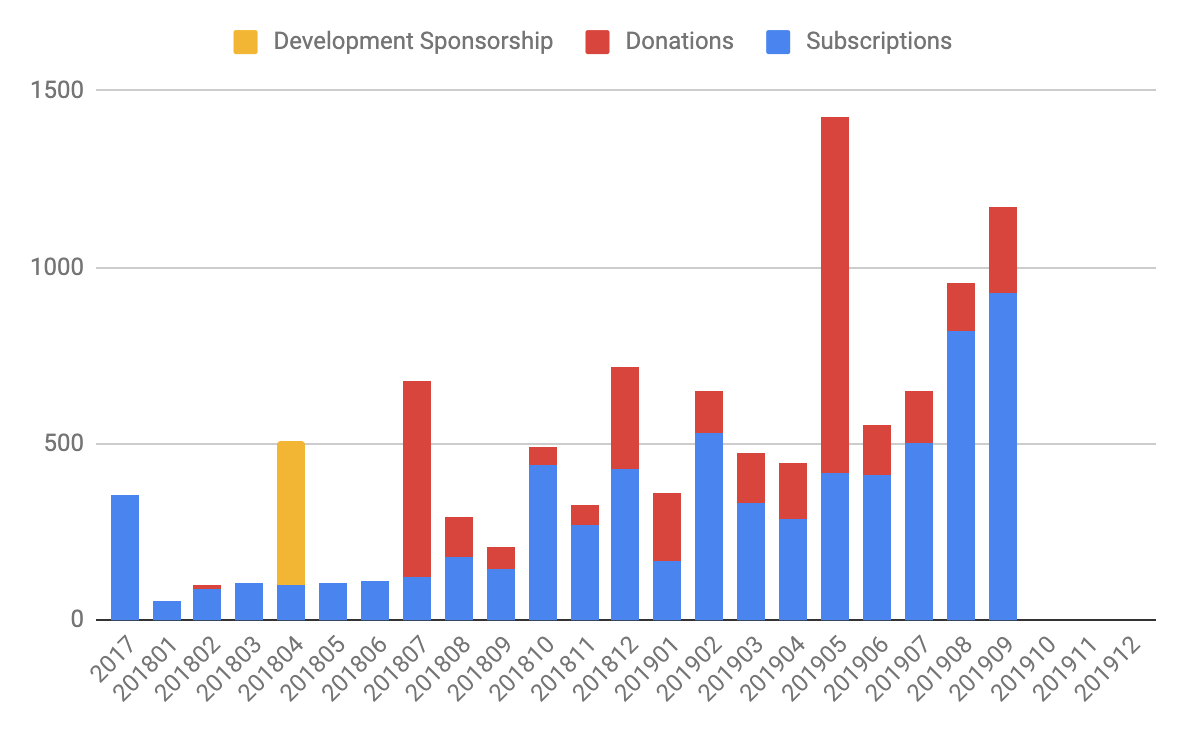 We have now a total of 203 supporters that have either donated or subscribed, reaching 10KEuros to date, and a recurring yearly revenue of 10KEuros. Of course this is not enough to sustain the project on it's own and we need research fundings like NLNet to sustain us today, but it is very encouraging as the growth of CryptPad is followed with a growth of subscriptions and donations which we hope will continue and lead to the sustainability of the project.

On the usage side, CryptPad.fr, the instance we manage, continues to grow and we have more than doubled usage in a year. Germany is our biggest growth area, as well as the US. In addition to this we have 300 other instances at least, including the German PiratePad which has itself many users.

CryptPad is used in more than 100 countries in the world 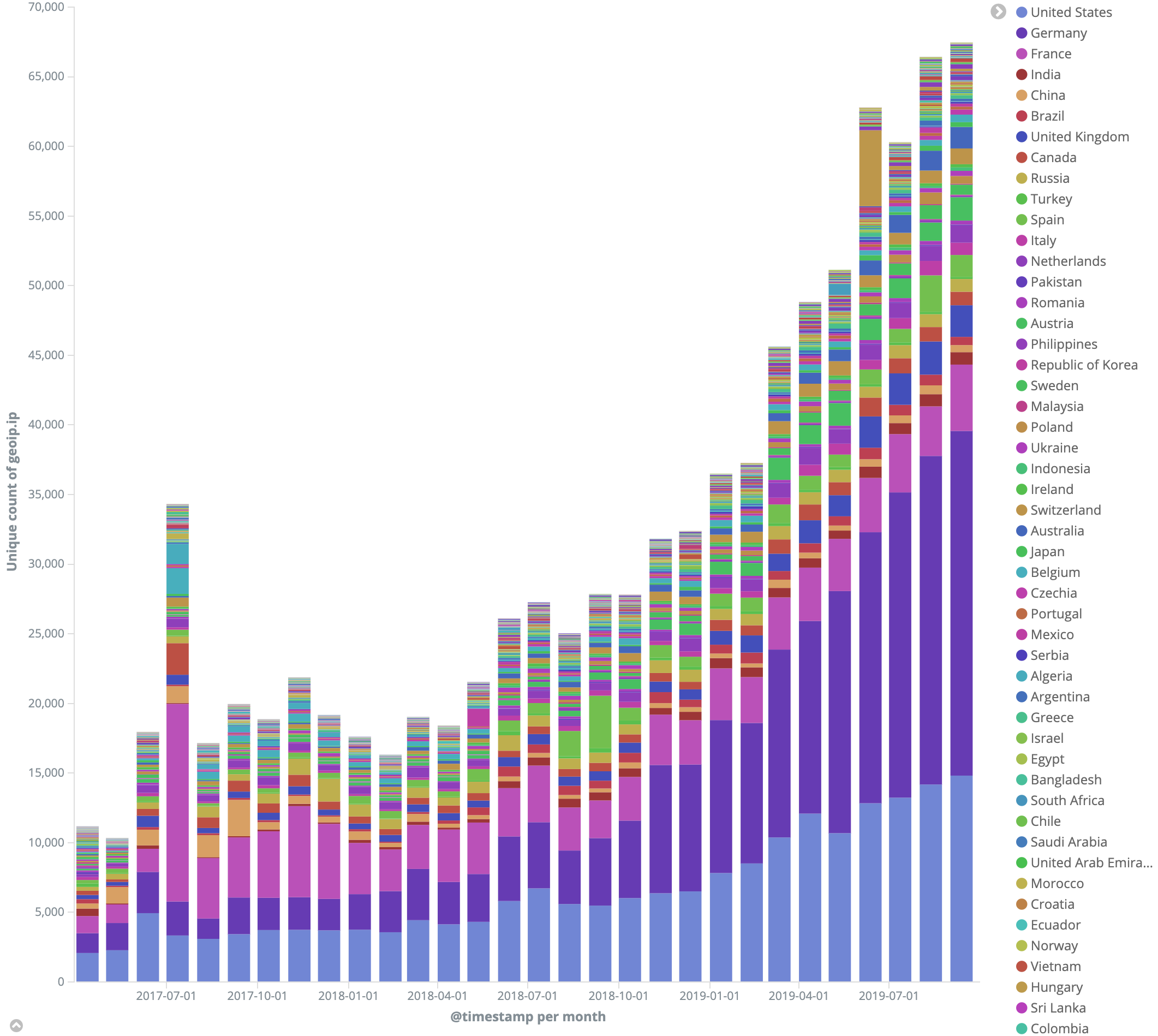 As for news about the project, there are many. We continue to release new versions every two weeks, and a big one is coming this month with the public release of the "teams" feature which will allow to create teams which include a team drive and a team chat and invite users in these teams. This is the big release of the work from our NLNet funding. This required a lot of work and new security features to manage inviting users to join a team.

Here are some screenshots of the user interface of the teams feature: 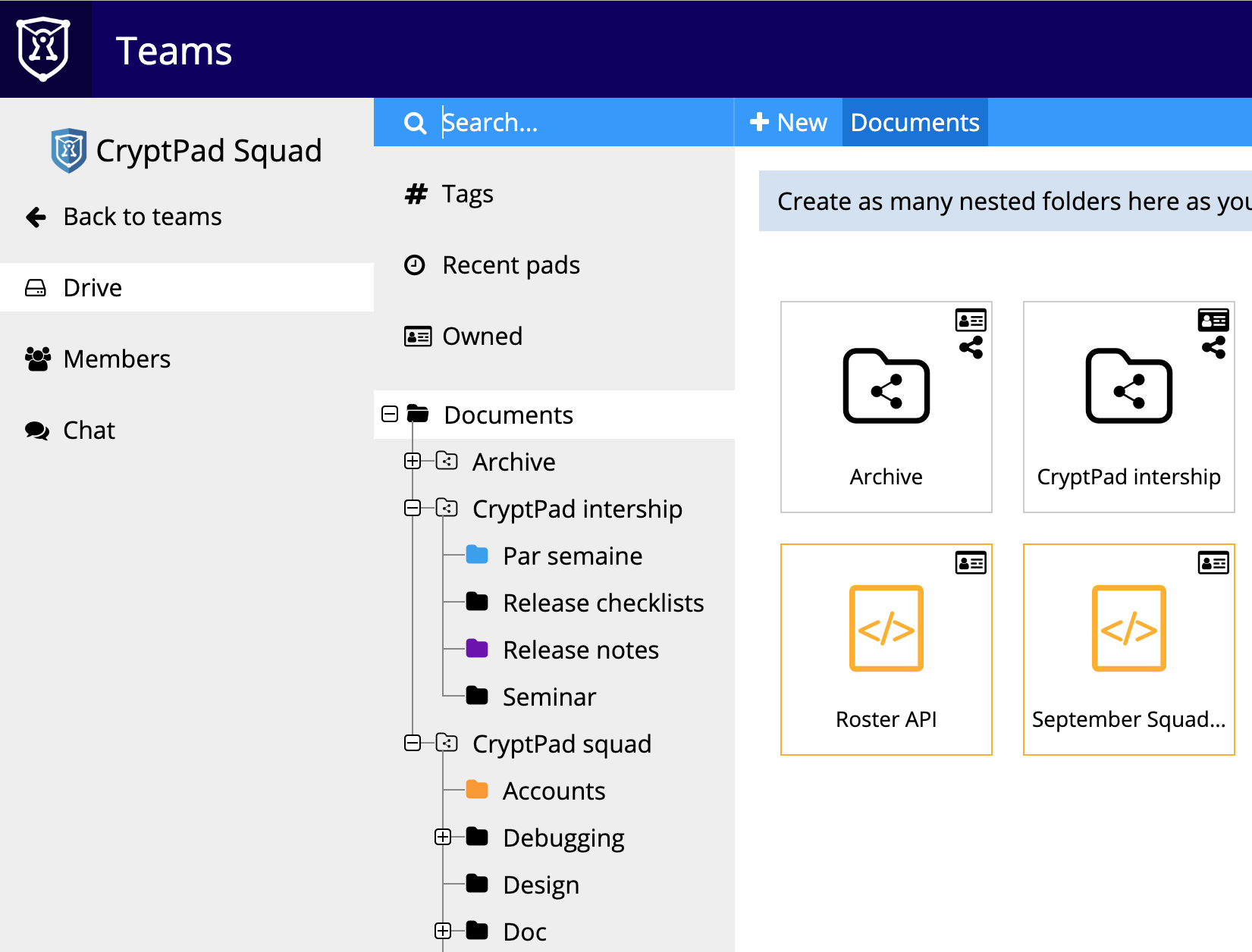 A new team member in November

We are also happy to announce that we will have a new member in the team (David) who will join us in November to particularly work on usability and design. We are able to fund David's work thanks to the CIR (Crédit Impôt Recherche) funding in France that is increased for 2 years for PHD holders that just got their PHD. This will help us having more effort on the project in an area that is particularly important and we believe we need to improve.

Help us ! Answer our survey !

Also we have created a survey to help us better understand our users & supporters and help us make better decisions for the future. Do pass it around to users of CryptPad !

Thanks to all our supporters

We'd like to thank you for the support so far. Seeing a progress in adoption and support is very important and keeps us highly motivated to build a more secure and more private way of collaborating. We need even more supporters, subscribers and donators in order to achieve long term sustainability, so do not hesitate to convince more people to join us !

Ludovic, for the CryptPad team