Published on February 5, 2019 by Andre Staltz

Dear backers, thank you for your commitment, your contributions are adding up together to make a steady foundation for this project. 2019 started well, you are now in total 39 backers and 2 organizations!

This last month, I put in about 92h of programming work on the mobile app, out of which 13h were funded by you. I still need to fund most of the hours from my own finances, so once in a while I need to pause this development to make a living. But that's okay, this is a long term project, and I'm positive that this year we will find larger grants to donate to Manyverse. I don't want to celebrate too early, but just want to inform that it's a real possibility.

Here is how the project went forward since the last newsletter. 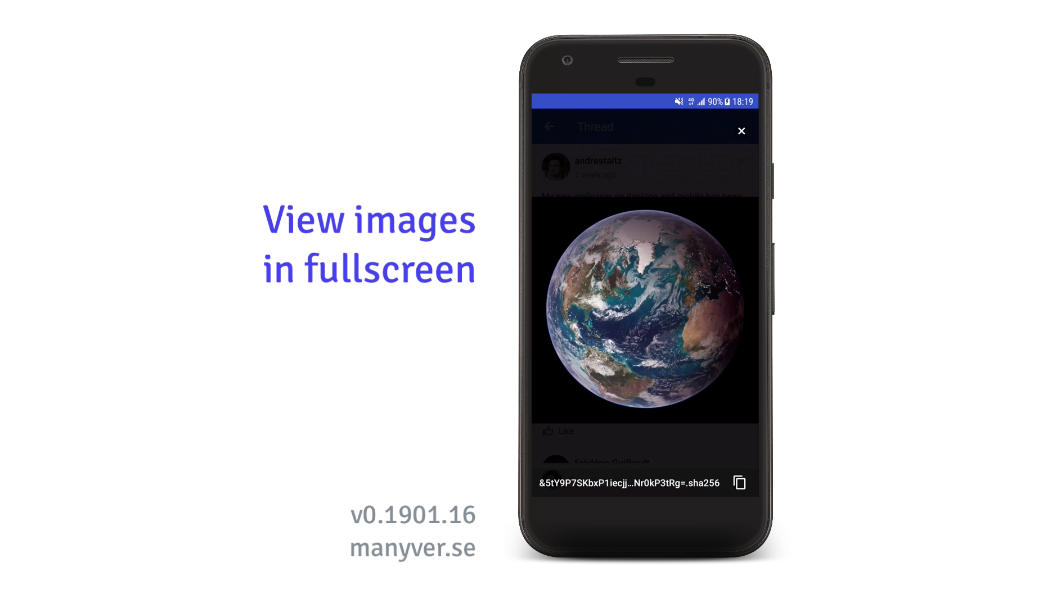 In the Scuttlebutt community, this is a particularly exciting month. Right now, about 40 people are preparing to travel to a retreat in New Zealand for the first gathering of community members, developers, and contributors. This is being held as an invite-only event, but it's the first of many, and we're expecting a lot of great ideas, plans, and energy to come out of it. It'll be historical!

Lately, moderation through blocking has become an important maintenance of our communities, to preserve psychological safety. We are probably by now not a community, but "communities" in plural, as people are customizing their social circles instead of accepting anyone onto their local databases. Moderation is important for scalability. In December 2018, Manyverse got its first moderation feature (blocking), but very soon it will get more features, for instance message flagging is coming up soon. I compiled a visual graph that displays who are the most active moderators and what accounts are they blocking, see below.

One feature that has been really exciting is the development of Bluetooth syncing of data. This has been under silent construction for many months, and I want to save the actual announcement and excitement for later, but here is a teaser video about it.

Finally, two more news: we've begun writing a Wikipedia article for Scuttlebutt; and me and Manyverse were mentioned in El País, the largest media in Spain!

Have a good month, and until the next newsletter. :)