Published on January 4, 2019 by Andre Staltz

Thank you backers for continuing to support Manyverse, and Happy New Year! You are now in total 37 important backers keeping this project alive. This last month I worked approximately 86h on the mobile app, out of which 18h were funded by you. All of these numbers have increased (number of backers, number of hours I worked, number of hours you funded)! This is great news, as it shows the project is beginning to pick up steam.

Most of the time I used last month went into the internals of the app, specifically updating the version of Scuttlebot to 13.0, which brings a lot of new possibilities unlocked by ssb-friends version 3, such as giving variable weights to follow relationships. For instance, you could follow your spouse with a strong weight value, or follow an acquaintance with a weak weight. If you have multiple accounts, you would follow your own accounts with the highest weight values. This means that it will make it easier for us to build account linking features or customization and prioritization of your social graph. Apart from these internal changes, here's what happened last month:

The Scuttlebutt community had a fantastic 2018, and in December we ended the year with a substantial participation of community members in CCC. I personally wasn't there, but I heard there were more than 15 Scuttlebutt advocates, and Zenna Fiscella gave a talk, which excited more people to join our cyberspace. 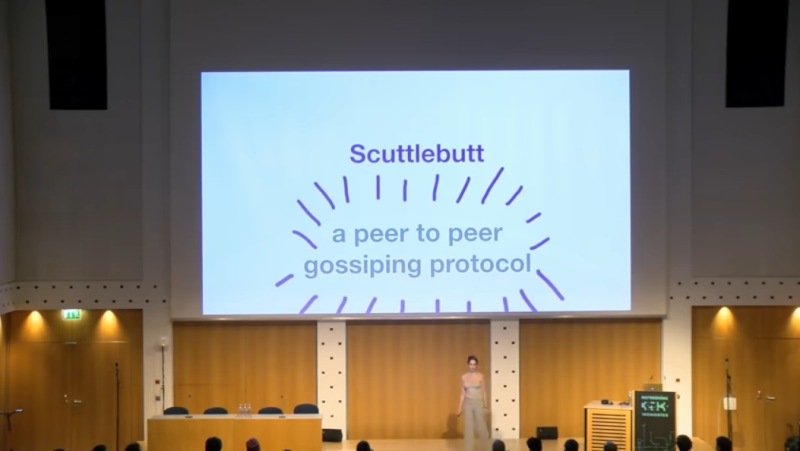 2018 was really an explosive year for Scuttlebutt, where we started with 4400+ users, and ended with 11100+, meaning 250% growth! Being a decentralized network, it's becoming harder to track these numbers accurately in their totality, so these numbers are from my own computer's database only. In 2019, a few very interesting conferences will happen, and Data Terra Nemo is one in Berlin that you should keep an eye on, it's happening in a couple of months and will host many P2P spokespersons, including Dominic Tarr from Scuttlebutt. If you're not yet on Manyverse or Patchwork, you can personally ask for my help if you want to join it. Let's continue talking there!