Published on September 5, 2019 by Andre Staltz

Hey backers, I hope you had a good August! It was a great month for Manyverse. I worked full time (160h), made 6 releases, and there are now 76 backers in this Open Collective. Of everything released, here are the highlights:

In the past newsletters, I have been talking about that "new type of server". That is SSB Room 🎉. It is a breakthrough for the whole Scuttlebutt ecosystem, it's not exclusive to Manyverse, and will help people connect to each other via the internet without the typical downsides of centralized servers. Read more on the announcement blog post. 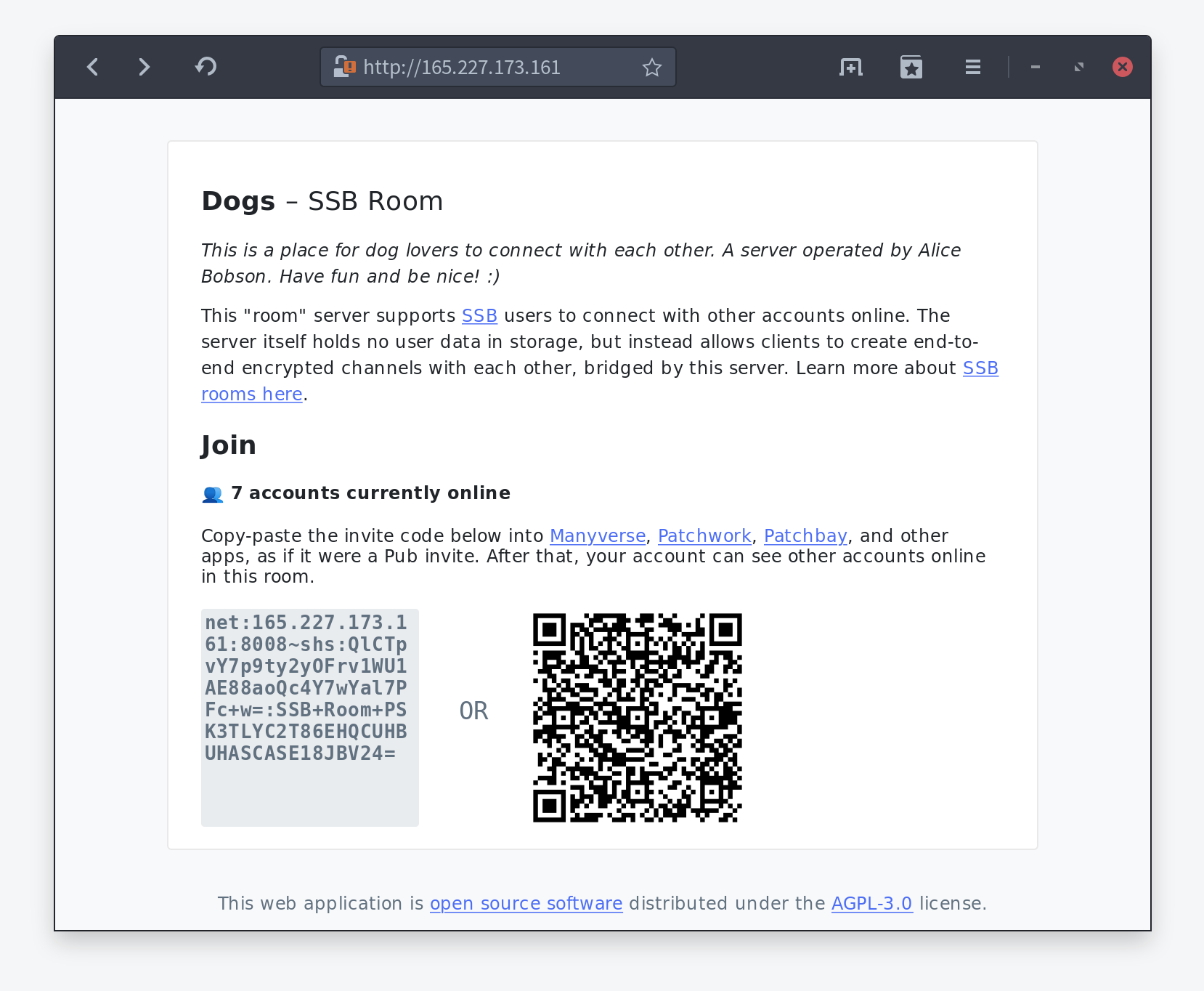 To make our communities safer and more respectful, recently the Scuttlebutt community has come up with a specification for simple Content Warnings. This got implemented in Manyverse last month, see the screenshot below: 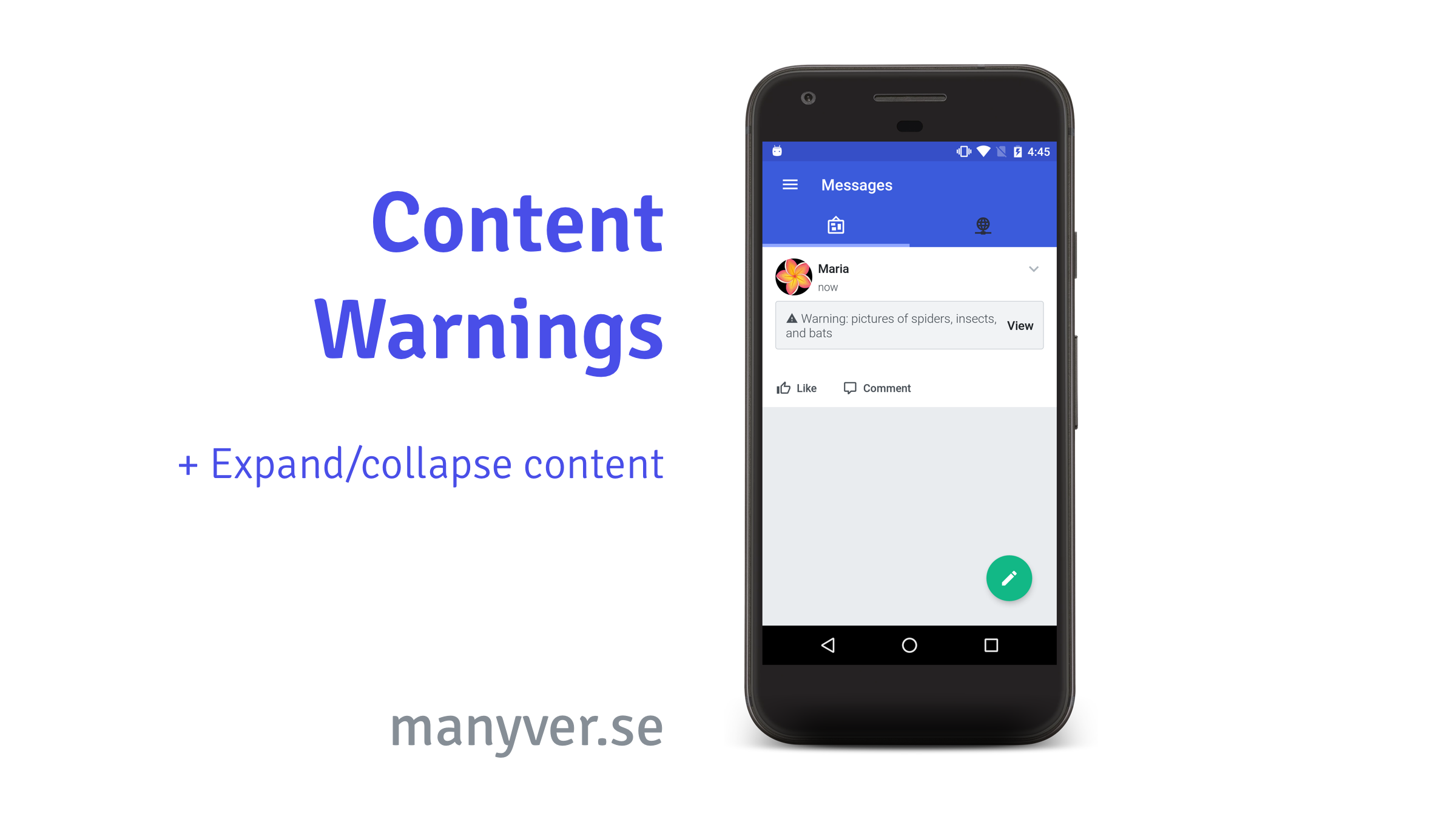 Behind the scenes, we had some obstacles with app distribution that took some work. Google Play actually rejected one of the version releases, claiming that Manyverse should have used their payments API. It took some detective work to figure out why they rejected it, but now with some tiny changes in the texts inside the app, the next release was accepted. Gladly! Also, I know the F-Droid builds have been broken, but this week I fixed the builds and they should be available in a day or two.

Last month our team also got bigger! It's not anymore a one-person project, we have the pleasure to welcome Jacob Karlsson (a.k.a. Powersource) to the Manyverse team of developers. 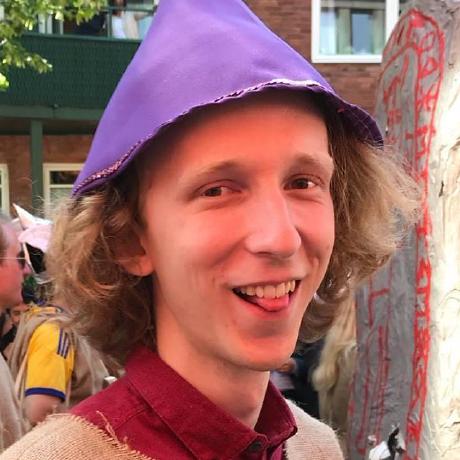 Before this Open Collective can sustain full-time developers, we wanted to open up the opportunity for developers to do short gigs, to smoothen the transition to full-time. Jacob is already employed, but has some free time, and the budget for Manyverse currently allows a couple of hundreds of euros to be used for a short gig, so it was a good match. Whether Jacob can continue without interruption depends on having more funding. So let's hope more backers support us!

Jacob's first contribution was to build the Likes screen, allowing you to view who were the people who liked a message. A long-awaited feature, now done and shipped in version 0.1909.5! 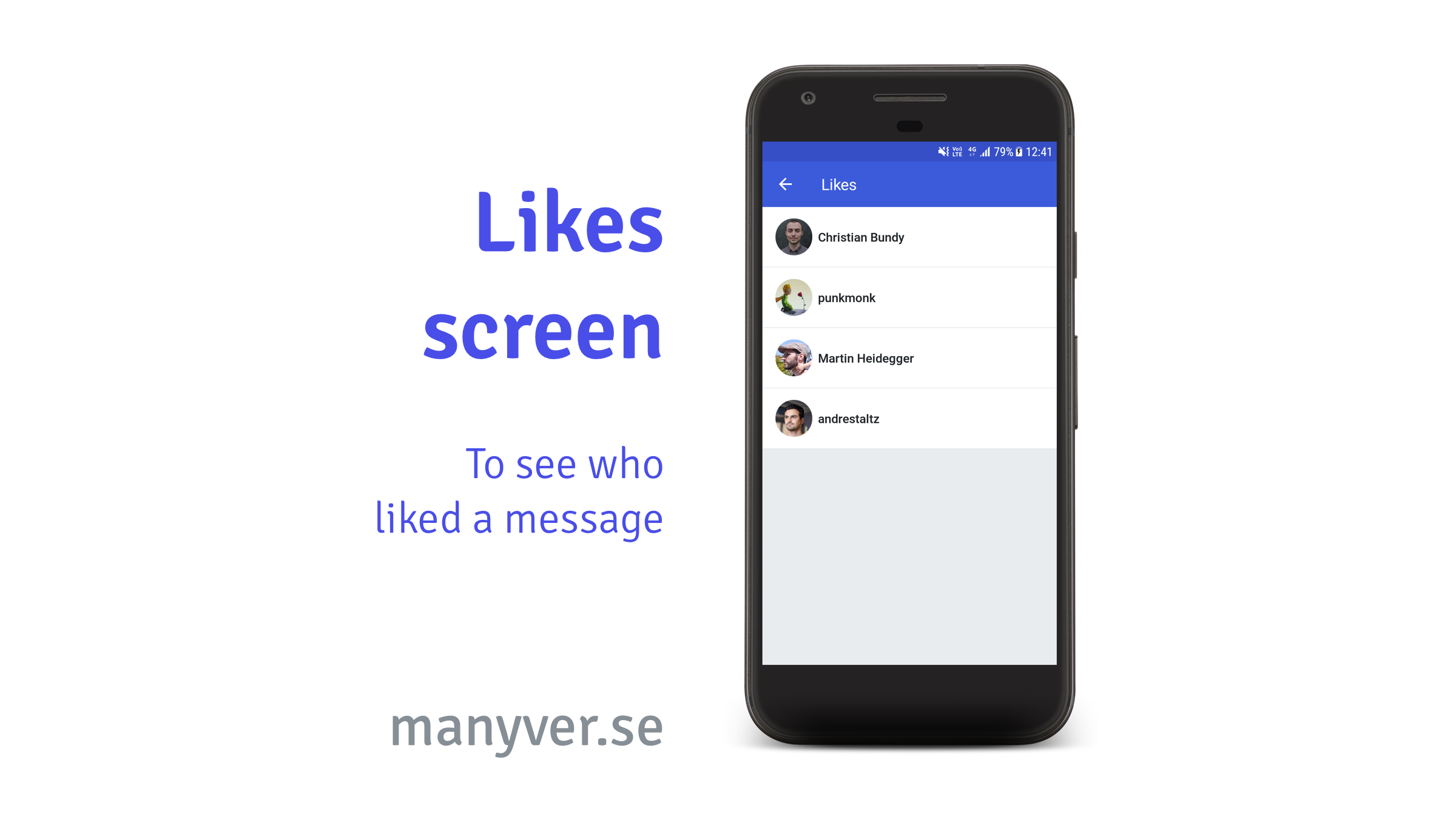 And thanks to Jacob and Charles Lehner, the official list of authors for Manyverse grew by +2 last month.

Once again, thank you dear backers!