Dear backers and community, this update has taken longer to come because I have been busy with many things. It therefore covers the last 1.5 months of activity.

Congratulations to Mickey Williams (aka “dinosaur”), Mix Irving (aka “mixmix”), Alanna Irving (aka “Alanna”), and Dan Hassan (aka “dan hassan”) for having been selected as fellows in the 5th cohort of the Edmund Hillary Foundation in New Zealand. Evan Henshaw-Plath (aka “Rabble”), currently leading the company behind the SSB-based Verse application, has previously been selected in the 2nd cohort.

The Edmund Hillary Foundation’s mission is to “incubate solutions to global problems from Aotearoa New Zealand, and make a lasting positive impact on the world”. It does so by blending the ancient wisdom of Maori culture within a global community of high-impact entrepreneurs, investors, and changemakers. The fellowships do not come with monetary awards but do help fellows access a network of potential investors, provide visas for international applicants wishing to settle in New Zealand, and public channels to increase the visibility of their ventures and initiatives. 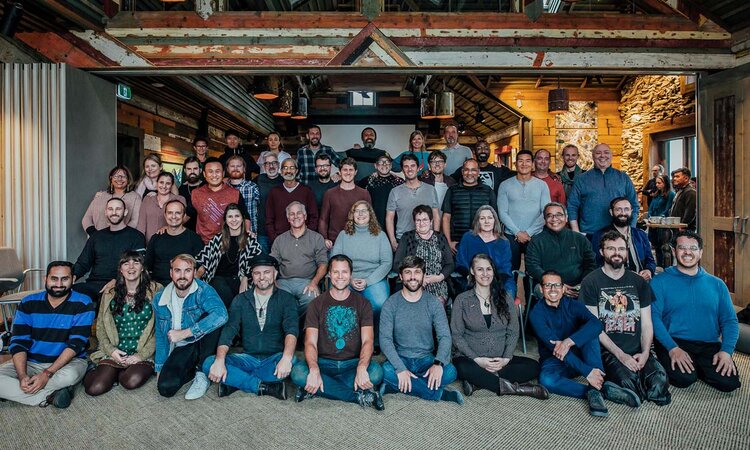 Picture taken from ehf.org. If anyone from EHF disagrees with this use, contact me and I will remove it from this update.

The 2019 edition of the redecentralize “unconference” happened on October 25th London. Many members of the community attended. Andre Garzia, (aka “Soapdog”) participated in the lightning talks. You can find many interesting notes on the redecentralize website. One of the interesting emerging themes is the importance of interoperability to break open data monopolies. This is an ongoing theme not only with regard to the biggest tech companies, but also between decentralized projects, such as DAT and SSB, as well as between SSB clients. 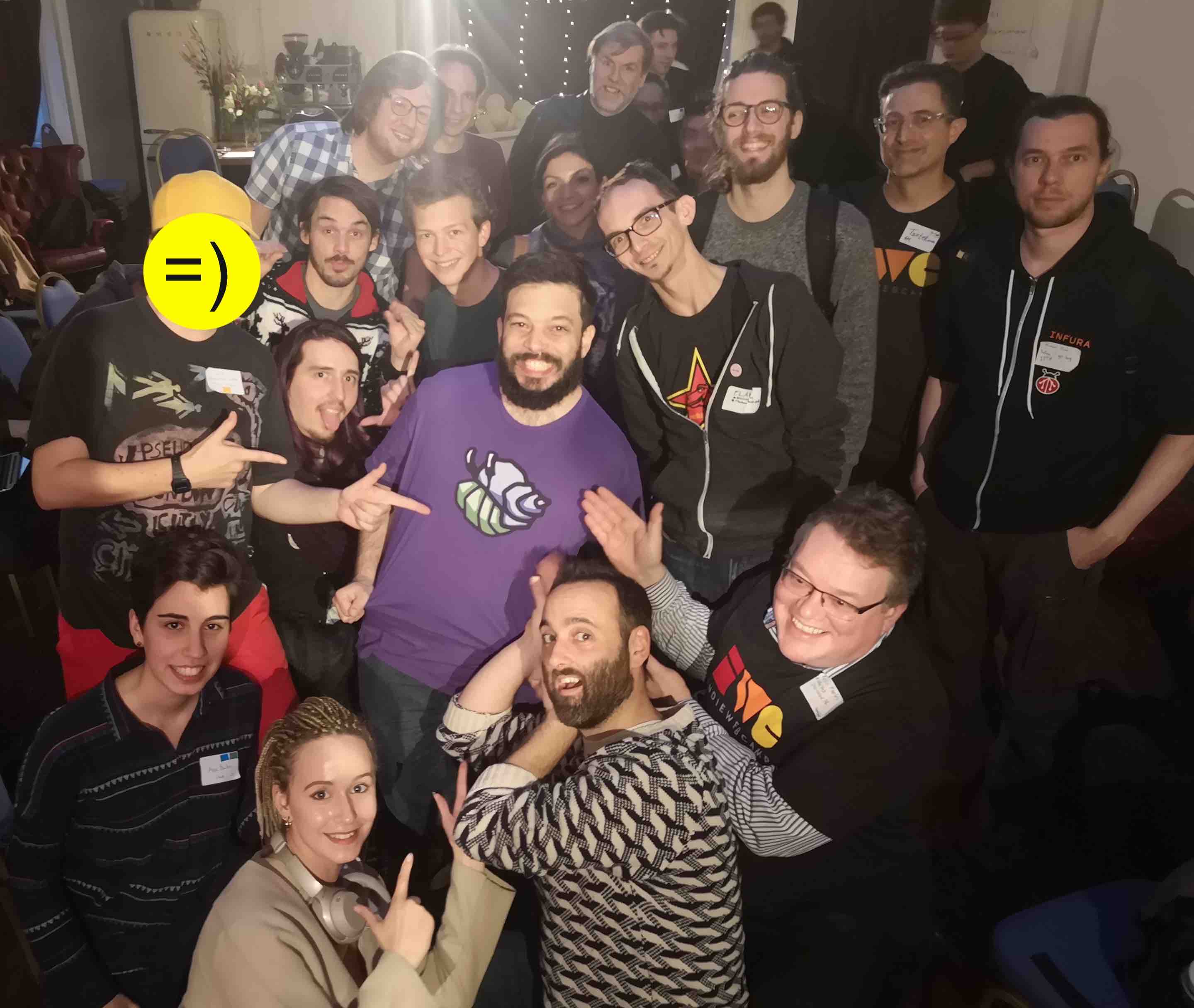 Speaking of which, Richard D. Bartlett has taken over the maintenance of The Local Gossip and greatly increased its accessibility by making the individual episodes available as an RSS feed and on all major podcast sites. These new venues are in addition to the DAT site on which it was initially distributed.

Edgeryders is organizing a network of events to promote sustainability initiatives. A number of SSB folks will participate in the Malmö (Sweden) edition. This can be a chance to talk not only about sustainability both also on future developments of SSB with those attending.

A large number of community members are planning to attend 36c3, the longest running German IT security conference and the biggest European hacker gathering. Zenna Fiscella (aka “zelf”) is helping to organize SSB’s presence and the event itself. Contact me if you want to help her on planning the space, the building, or the finances.

Aljoscha Meyer (aka “Aljoscha”) is organizing an SSB event at the University of Basel (Switzerland) from Friday the 21st of February to Sunday the 23rd of February. The format will be an “unconference” in which the attendees will propose topics and lead sessions at the venue itself. The event is open to anyone, academic or not, to share knowledge, stories, ideas, hopes, doubts, emotions, and visions for all things related to SSB. 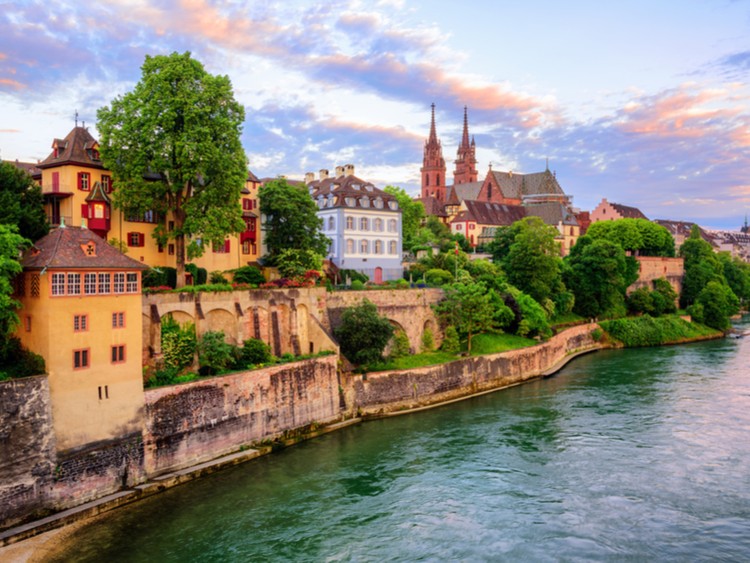 Mikey Williams is actively researching composting toilet technologies for Scuttlecamp 2. In addition, the organizing team is looking for funding to help make the event more accessible. Specifically, they are looking for:

1. Sponsorship: cash or crypto from individuals, businesses, and collectives.

2. Support: in organizing the event and handling the financials, as well as nurturing a diversity and inclusion program.

3. Connections: to different folks who might provide financial support.

Thanks for the hard work of Mary Ly Chee (aka “mnin”), Endo (aka “endo”), and a whole lot of collaborators, the new website is now live at scuttlebutt.nz and ssb.nz. The website is now significantly prettier, accessible, and better organized. 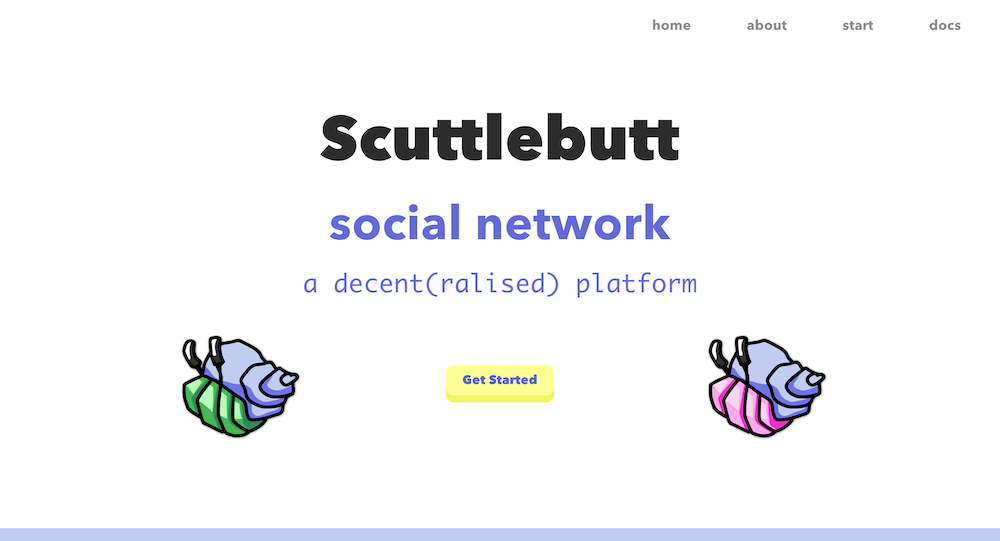 Aljoscha Meyer is continuing to refine Bamboo, a specification for a protocol that could serve as a successor to SSB. The latest addition deals with replication of the same log between two different nodes.

Andre Garzia, (aka “Soapdog”) has made significant progress on Patchfox, an SSB-client that works as a Firefox extension. New developments include a timeline of future events and support for more message types. You can fund them too on their own Open Collective.

Anders Rune Jensen (aka “arj”)’s SSB Browser, an SSB implementation that runs both the client and server inside a webpage, is mostly feature complete. Among the latest developments is support for peer invitations in the browser, which should help on-boarding new users. They are now looking for help to improve the user interface and experience. Contact them through a GitHub issue or using their SSB ID.

Andre Staltz (aka “andrestaltz”) has made further progress on the Manyverse mobile SSB-client for Android. Updates include a better backup interface, a welcome screen, and improved responsiveness and UI. You can fund them too on their own Open Collective.

Christian Bundy has released version 2.7.0 of Oasis, an SSB client designed for simplicity and accessibility. The client is built with HTML, CSS, and Node.js without any front-end JavaScript library to make it easier to understand for new programmers.

Dominic Tarr and Mix Irving worked together to lower error noise in the core libraries. That prompted Dominic to push bug fixes he had been working for muxrpc, a core communication library. The update is now integrated in the latest version of Patchbay and should come later for other clients.

Not-Safe For Work Visual Explanation of the Secret Handshake Protocol

Nahee.app (aka “nahee.app”), an artist and developer exploring the programmability of human sexual behavior, has created new visuals that depicts the different steps of the secret handshake protocol. The sexually explicit infographic, artfully blends sexual metaphors while being correctly derived from the Scuttlebutt Protocol Guide that was originally created by vtduncan.

Christian Tschudin (aka “cft”) has met with Van Jacobson, who invented TCP congestion control. They met at Google to discuss the future of networking protocols. Van Jacobson has been working for a number of years on Named Data Networking, a potential successor protocol to TCP/IP better optimized for large-scale broadcasting of authenticated content. The meeting has been a good opportunity to spread the word about SSB to other networking experts.

Thanks to ‘m k’, Tim Robinson, and all our other backers for the 170$ donations in October, and 226$ in November, which effectively add 139$ and 189$ (after fees) to our accounts. This helped pay for Cel’s website hosting fees (-11$). We did not have other expenses in the last 1.5 month but we will certainly need those funds to help making Scuttlecamp 2 accessible to a larger number of people. As mentioned previously, if you are able to help cover more expenses or are in contact with potential sponsors, please get in touch.

Because there is only two weeks left before December, I will write the next update in January. See you in ~1.5 months!