To all Contributors and Subscribers to CryptPad,

It's been a ride in the last 4 month. As many, the Cryptpad team has been working from home and not getting out much. The COVID crisis has also had a significant effect on CryptPad.fr, with a flood of new users needing tools to work or study from home. To help with this transition we have also decided to increase the storage limit from 50Mb to 1Gb.

This has resulted in 3 times more unique visitors and 4 times the activity of the months leading up to April and May. Our team has been hard at work to handling the suddenly increased load on our servers along with a surge of new GitHub issues and support tickets. Around 150 new instances of CryptPad have also been installed around the world, bringing the total to more than 450 third-party instances.

We have also noted that during the COVID crisis, CryptPad has been heavily used by teachers for remote classes. We are very proud our tool is being used in this context. We have also decided to extend the 1GB storage limit for free storage by at least 3 months. 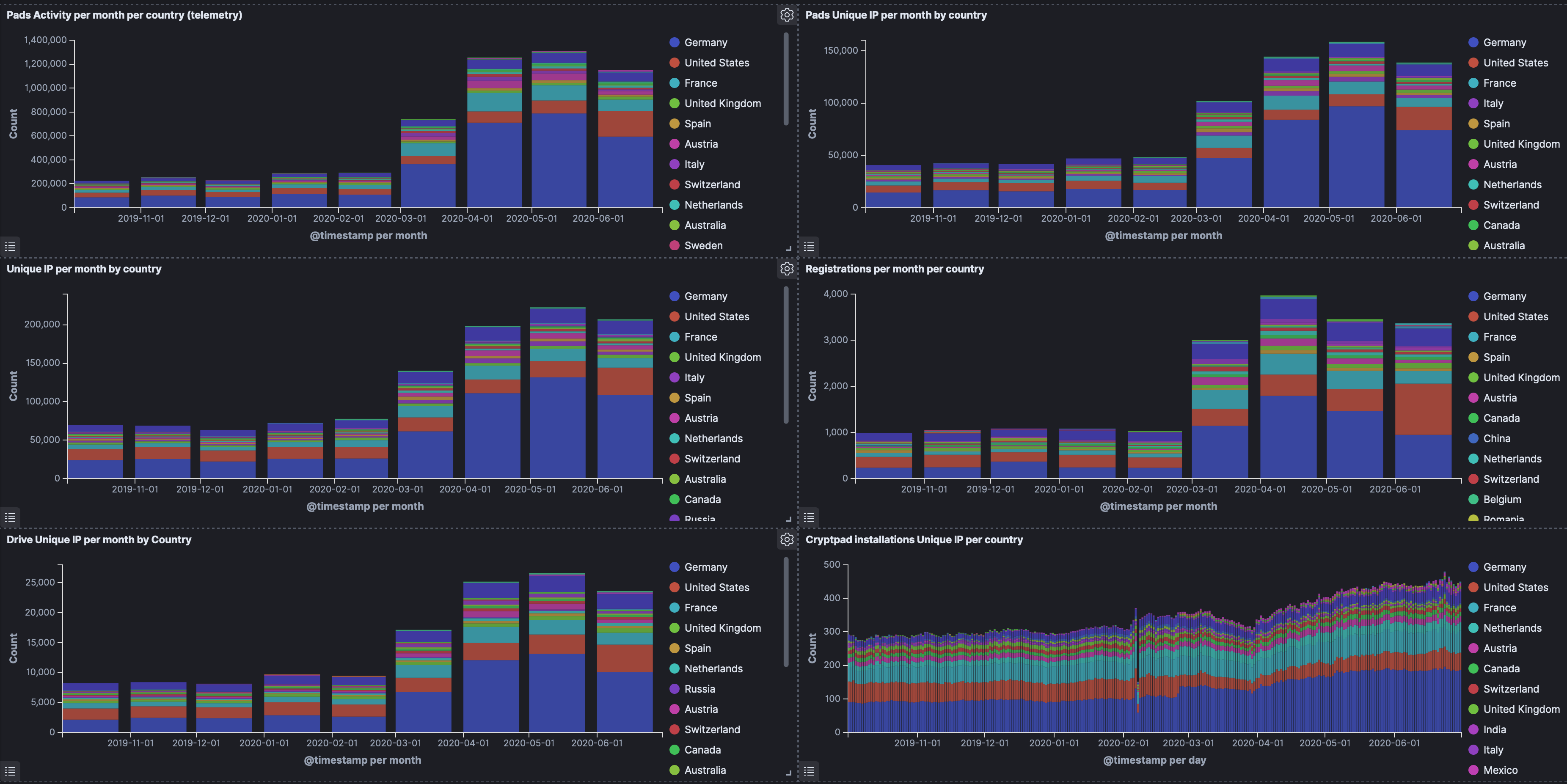 As you might also see on the graphs above, in June we have also seen significant growth of CryptPad usage in the USA, which we believe is linked to the ongoing protests calling for justice following the murder of George Floyd.

We've seen increasingly more people recommending the platform on social networks. We want to thank all our supporters for that have helped by spreading knowledge about our project. Personal recommendations like these contribute greatly towards normalizing the use of privacy-conscious tools like ours and motivating people to switch away from proprietary competitors. The more users we have, the easier it becomes to convince our backers of the value of financing CryptPad.

On the funding side, we're pleased to have been sponsored by new backers:

At the end of last year and the beginning of 2020, we have requested additional funding from NLnet as well as NGI Trust. We have been happy to have had multiple projects accepted allowing us to have longer term funding for the team:

It was a great experience and we are glad to have been selected for an Open Source Seed Award of $10000 (9100 Euros). We are grateful that our project is being recognized. The funds will be used to help us improve the performance of CryptPad loading for the benefits of our users.

Beyond the funding itself, we are very happy to receive support from the Mozilla Foundation.

Many new subscribers of CryptPad.fr and donators on OpenCollective

The revenue from subscriptions and donations is now getting close to 2000 Euros / month.

This is very important for CryptPad, as we need to be able to fund this project independently in order to sustain it over the long term. So even if CryptPad manages to secure funding from outside sources such as NLnet, NGI Trust and the Mozilla Foundation, we do need our independent supporters. 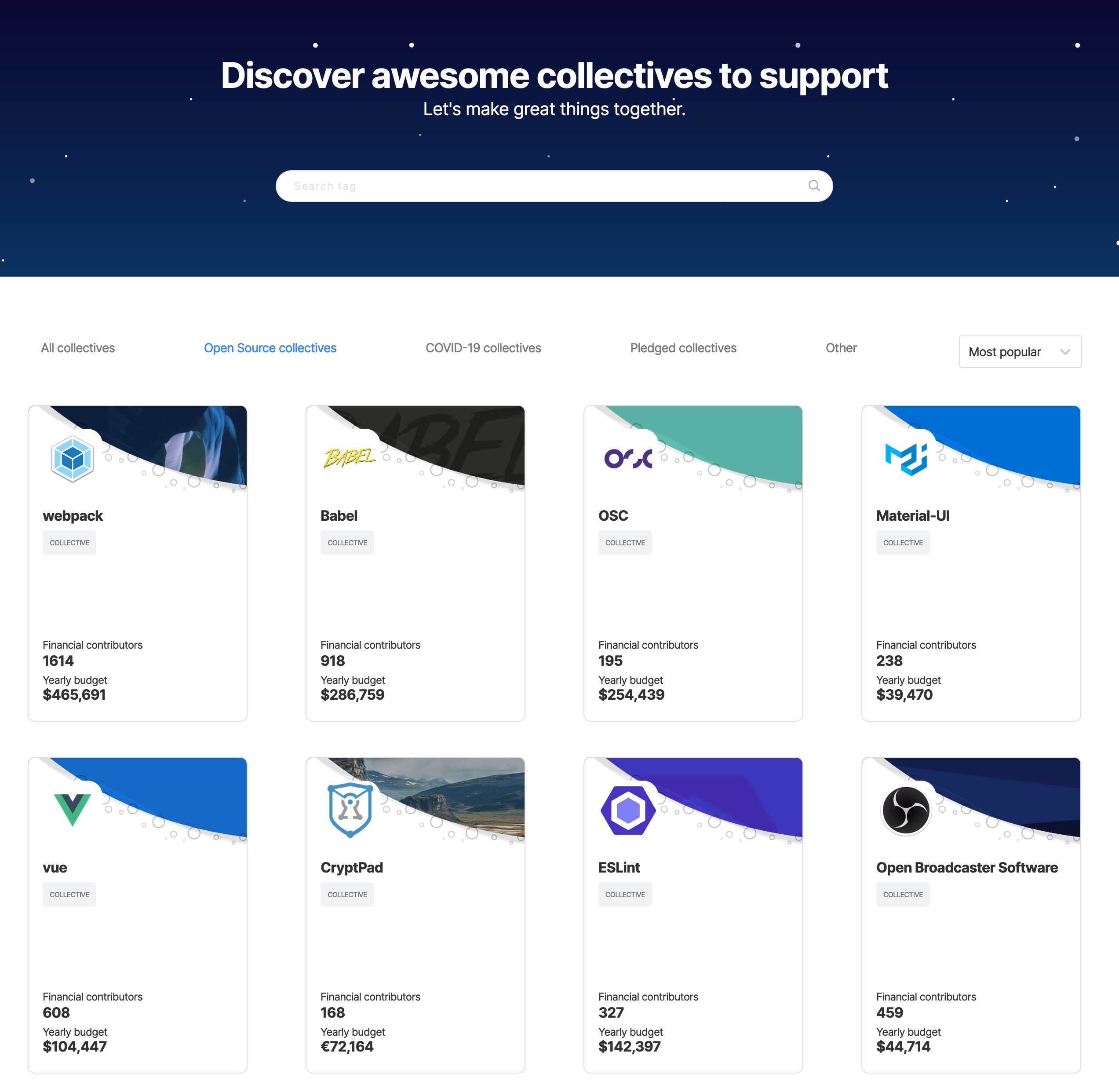 Come join these backers and help us grow Open Source privacy. You will find more information about the funding of the CryptPad project on our wiki.

Throughout the beginning of the year, we have released regular improvements to CryptPad. Here are some of these improvements:

This has been more than 10 releases with improvements and fixes in these last six month.

With the projects in progress, the current roadmap is quite full, particularly with the CryptPad SMC project which will bring a Android prototype application.

As we have done in the last six months, we hope to continue releasing regular improvements to the core project.

We want to thank all our backers who make our work possible and motivate us to do more.

You can count on our team to continue to improve this project.