ADAMANT Foundation has been archived.

ADAMANT Foundation has been archived and is no longer active. 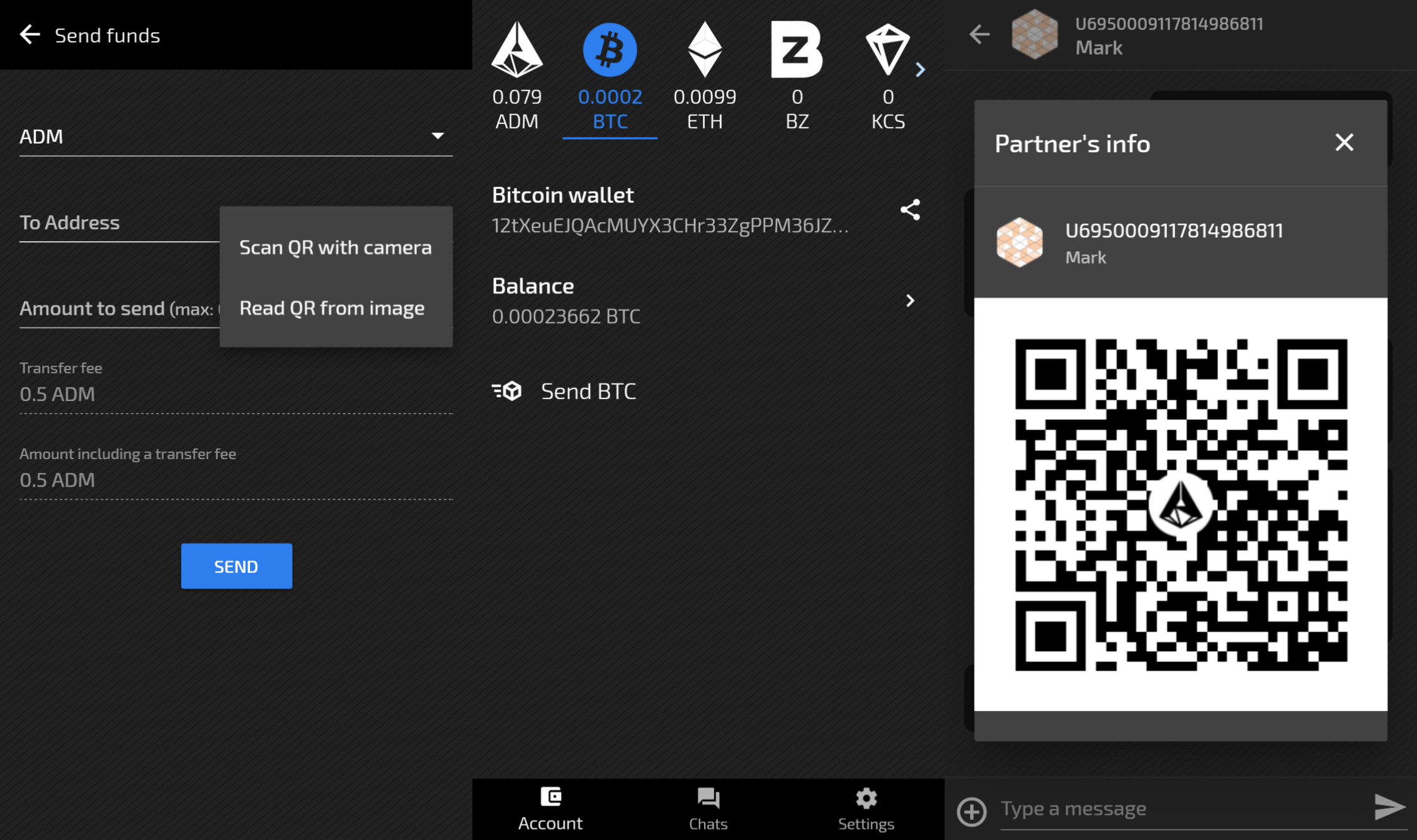 ADAMANT Foundation is all of us

Thank you for supporting ADAMANT Foundation.

The Lisk platform entered a new phase of development, Sapphire, and made changes to the blockchain. Since the changes affect...
Read more
Published on August 22, 2021 by Aleksei Lebedev

Receive DASH instantly in the ADAMANT Messenger and crypto Wallet

In the new version 2.12.0, the messenger instantly receives and sends Dash transfers and updates transaction statuses of other cryptocurrencies faster. In total—33 commits and 152 changed files in the...
Read more
Published on August 4, 2021 by Aleksei Lebedev

ADAMANT is a decentralized anonymous messenger based on the blockchain system. It’s independent of any governments or corporations, and even developers due to the distributed network infrastructure that contains an open-source code.

Unlike typical P2P and centralized messengers, the blockchain system offers superior security and privacy. What’s more, it provides users with new possibilities such as storing and transferring cryptocurrencies In-Chat with full control of private keys; use ADAMANT as a 2FA solution, exchange cryptocurrency anonymously and bet on Bitcoin rates and more.

The ADAMANT blockchain system belongs to its users. Nobody can control, block, deactivate, restrict or censor accounts. Users take full responsibility for their content, messages, media, and goals and intentions of using the messenger.

Privacy is the main concept of ADAMANT: neither phone numbers nor emails are required. Apps have no access to the contact list or geotags, IPs are hidden from chatters and paranoids can use ADAMANT via Tor.

All the messages are encrypted with the Diffie-Hellman Curve25519, Salsa20, Poly1305 algorithms and signed by SHA-256 + Ed25519 EdDSA. Private keys are never transferred to the network. The sequence of messages and their authenticity is guaranteed by the blockchain.
Apps are available on Web, Tor, App Store for iOS, Google Play for Android, Windows, Mac OS, GNU/Linux.