Greetings from the PeachCloud team! This update is a 3-for-1, covering progress made in February, March and April. First off, a hearty thanks to all of our contributors - past and present - and a warm welcome to Andrew Chou who began contributing in February! Your contributions help to keep our fire alive.

Work over these past few months has primarily dealt with the web interface, including updates and improvements to the pattern library, HTML routes, JSON API, basic JavaScript and templates, with additional bug fixes and feature additions being made to the networking microservice and physical device menu. 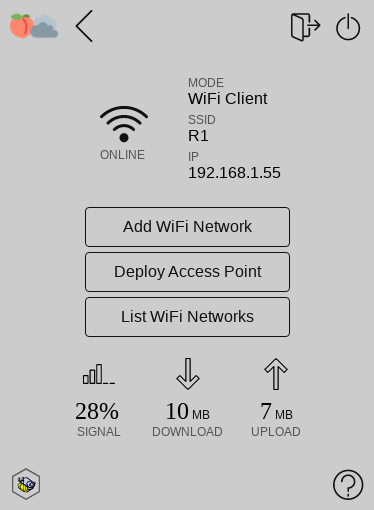 Screenshot of the network status page for PeachCloud. 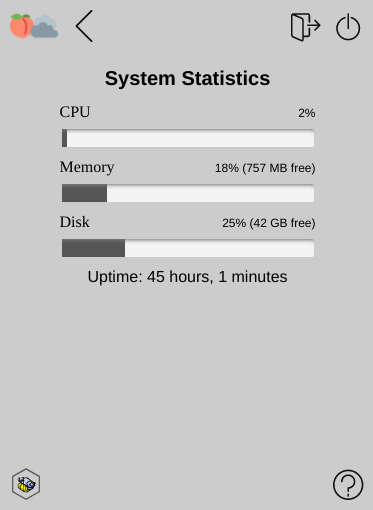 Screenshot of the system statistics page for PeachCloud.

A brief summary of work for this period:

Challenges remain in the form of bug fixes and improvements to the networking microservice. We are eagerly awaiting the release of v0.5 of Rocket which will feature, among other things, out-of-the-box compression for web assets and an updated dependency for the Tera templating engine. Work in the coming month will focus on bringing documentation up-to-speed with recent progress, as well as further improvements and feature additions for the web interface.

Thank you for reading our update and for your continued support. Until next time, much love from the PeachCloud team!