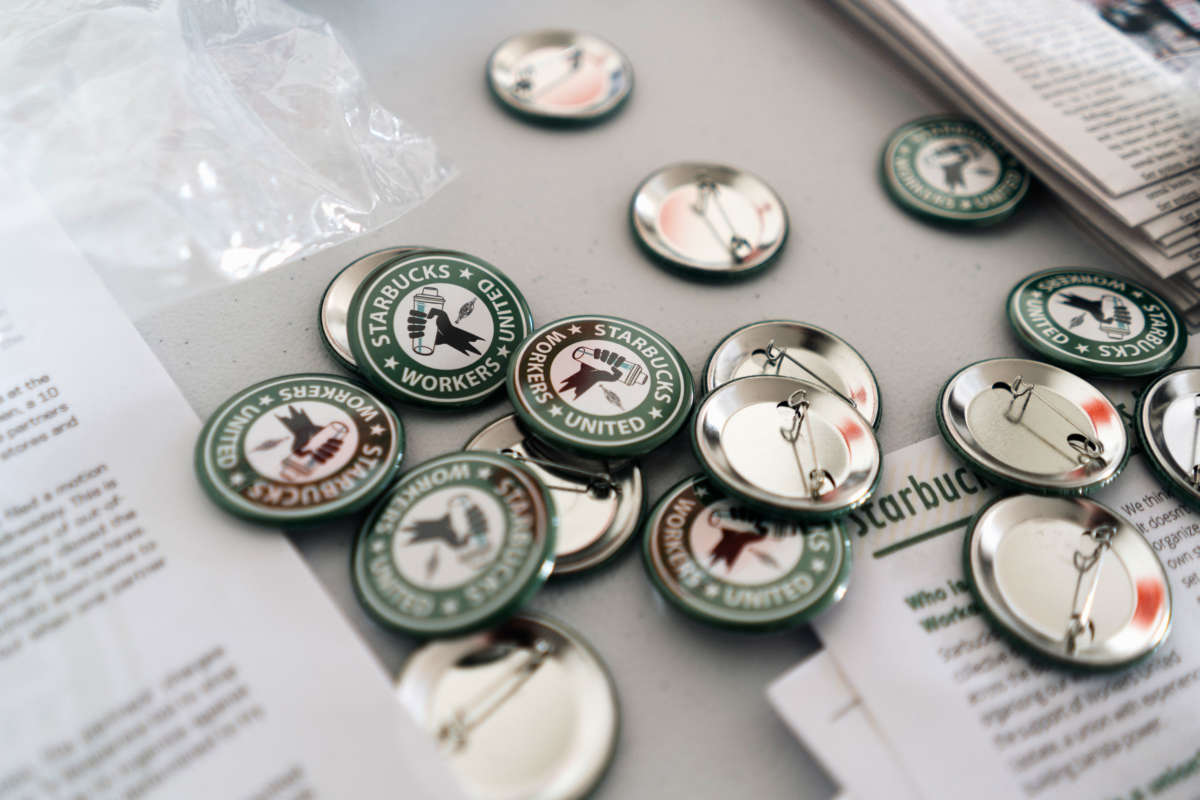 Downstate NY Starbucks Worker Solidarity Fund is all of us

Here's an article explain Austin Locke's experience with retaliation for union organizing at his location in Astoria Queens....
Read more
Published on August 8, 2022 by Brandi Alduk

Read this interview with Laila Dalton, a Starbucks worker activist who...
Read more
Published on April 7, 2022 by Honda Wang

When Starbucks workers won their first union in Buffalo, NY, they started an unprecedented union drive that swept the entire nation. However, Starbucks has responded with retaliation—cutting worker hours and firing union supporters even after being issued warnings by the National Labor Relations Board.

Over 200 Starbucks stores have filed for union elections and every union supporter in those stores is at risk of retaliation from Starbucks. Can you help us sustain support for workers exercising their rights?