Published on May 11, 2020 by Alexander Cobleigh

I'm Alexander Cobleigh (do call me Alex), and also known as cblgh. I'll be your new letter editor, as Erick has gracefully passed on the torch to me.

I've composed this letter for you on a Monday morning with a (very) clacky keyboard here in Malmö, Sweden, to the tunes of Cows on Hourglass Pond, by Avey Tare, who also featured in the experimental Animal Collective.

We have now had over a year of Scuttlebutt newsletters! If you haven't read the previous ones, grab yourself a goblet of something nice and dive into the back-catalogue. The previous twelve newsletters have been lovingly crafted, and given time in the midst of the busy theatre play that is life, by our previous editors: Scott, Kay, and Erick. Thank you for keeping the flame.

One note on reading this letter: if you see brackets around a number, [0] for example, look to the end of the section for the corresponding link! If the link starts with a percent sign, %a0CpU.....=.sha256, or an at-sign, @C6f...=.ed22519 for example, it's a cipherlink (explained in the Terminology section, at the bottom of the letter). If you copy the cipherlink and paste it into the search functionality of your SSB client of choice, you should end up at the referenced post inside the Scuttleverse. If you're missing an SSB client on your local machine, check out the getting started guide to... well.. get started ^_^

Scuttlebutt's community is as vibrant as the newly green scenery, covering my neighbourhood here in Sweden.

Andre Staltz started documenting his journey into growing his own food using hydroponics, or growing plants in a water-based nutrient solution with the help of timed grow-lamps [0]. His journal is a really nice read and it details his reasoning on why he chose to start experimenting with hydroponics over the other options available to him in Finland. Lots of pretty pictures, a dose of spreadsheet nerdery, and a lovely gathering of posts concerning hydroponics for beginners.

Andre also started the Show me your quarantine hairdo thread [1], with a few of the people in the post having been illustrated by Scuttlebutt's dadaist-in-residence, Hoodownr: 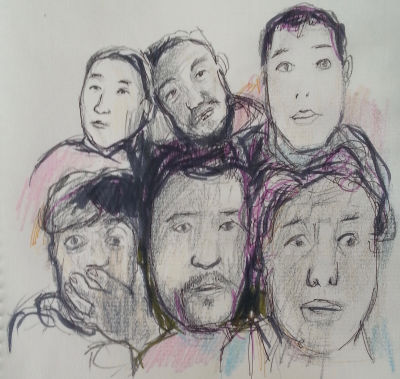 Joey Hess has been posting enticing food logs in the #quarantine-food channel. The picture below is a dish consisting of homegrown shiitakes stuffed with blu cheese w/ wilted stinging nettles [2] and absolutely amazing 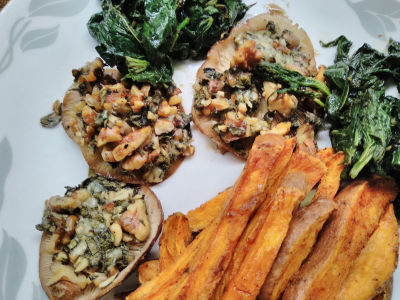 A concept that keeps popping up in the world of Scuttlebutt, a concept having now achieved something approximating the status of a holy grail, is bringing the wiki concept to SSB. Interestingly, things seem to have been manifesting on that side of things lately.

Two people from the Federated Wiki project started using Scuttlebutt: Eric Dobbs [3] and Ward Cunningham [4], the original inventor of the wiki. As if that wasn't enough of excitement, Jacob Karlsson, aka Powersource [5], started a project to bring the wiki concept to Scuttlebutt [6]!

Wingy Scruffhead [7] and umhi [8], two relatively new butts (see the Terminology section!!) who joined in the past 2-3 months, has been posting lovely logs about their adventures with birds [9]. An excerpt:

Last week @umhi and I cleaned out a birdhouse that appeared to be so crammed with material that we thought perhaps that was why no new birds have decided to nest in there this year. Last spring, after clearing several wasp nests from the birdhouse, a family of house wrens moved into it and brought us much delight with their songs and antics. 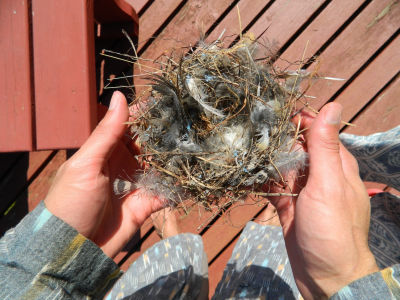 Honoured community member Masukomi, and one of our previous newsletter editors, announced that he was stepping down from his project The Weekly, which summarized posts from across the Scuttleverse [10] for the last two years.

Thank you so much for your thoughtful summarizing and for keeping the project going for such an immense amount of posts. Long live the Weekly [11].

The Future of Scuttlebutt

Erick Lavoie opens up a discussion with the community in Who has a Stake in the Future of SSB? [12.1]

So thinking about the future, and after talking with some people, I am now wondering: who has a significant stake in the future of SSB?

Chime in if you have feelings about the topic.

Mythical cyberillustrator Angelica [12] announced an initiative to fund artists to make art in and around the Scuttleverse in Funding the arts: a request for funds for artist grants [13] together with the inimitable Zach! [14]. The resolution passed! This means that 2000€ from the Handshake grant, which Scuttlebutt received last year, will go towards funding art and artists.

Initiatives like this is what elevates Scuttlebutt as a project and community, in this editor's humblest of opinions.

An Oasis of Funding

Oasis, a next-generation javascript-less Scuttlebutt client, received funding from having been accepted to Mozilla's Fix The Internet Spring Lab! 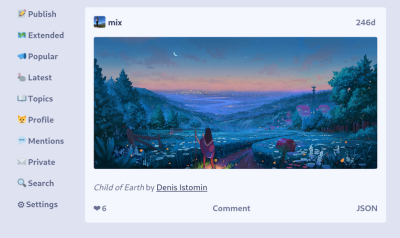 As part of the 8 week lab, Christian Bundy and Cinnamon are focusing on polishing the first impression for new people entering the Scuttleverse via Oasis, as well as looking broadly at the topic of abuse mitigation. Congrats again, friends :3

Computer security expert, Linus Karlsson, aka zozs [15], put his PhD to fantastic use in performing a pro-bono security review on selected parts of Oasis. For more details see the ssb thread [16]; in brief, an unexploited DNS Rebinding attack, and an unused CSRF attack vector were discovered and patched by Christian Bundy. Thanks Linus & Christian!

Manyverse, an ssb mobile app that works on both iOS and Android, just put out a new release with a lot of performance improvements. See the changelog. [22]

I want to extend a heartfelt thanks to everyone giving to this here open collective. In April alone, the collective pulled in 229 USD, helping to pay for upkeep of the community's shared servers (hosting a mumble instance, an ssb pub, and more) as well as maintenance for Patchwork, one of our most used clients.

cblgh, scuttling off for this month