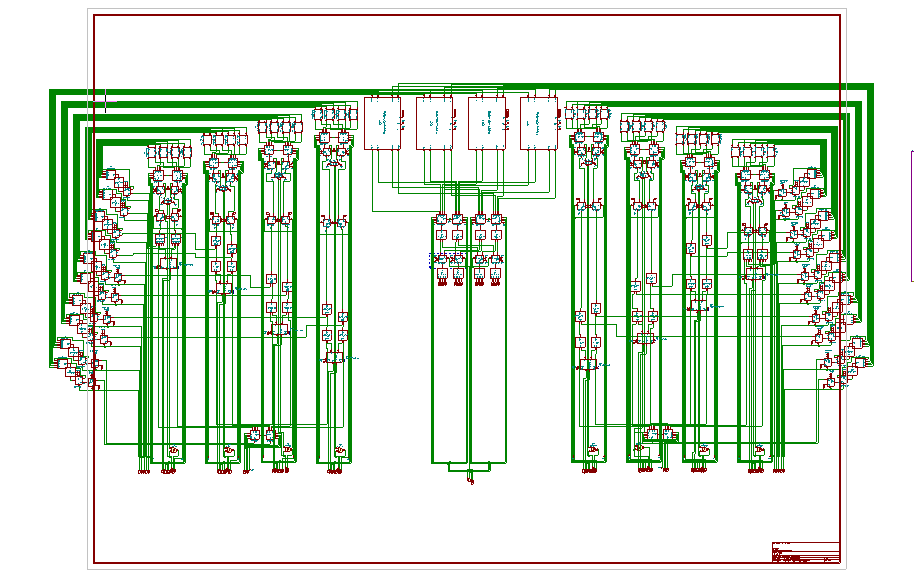 Making quantum computing accessible to all.

Purchase a Quantum RNG and support Spooky Manufacturing's mission to make quantum computing accessible to everyone!

Spooky Manufacturing is all of us

Thank you for supporting Spooky Manufacturing.

Giving a little update on QEDA, we are now on year 3 of refactoring the code base and we are slowly, but surely, starting to see the benefits of switching out the original parser with an ANTLR based one. There is still a little work to be d...
Read more
Published on October 7, 2021 by Noah Wood

We are an open-source, open-hardware, and open-core startup dedicated to bring quantum computing to the masses!

Whether you're a tinkerer, hobbyist, entrepreneur, student, or researcher, we are here to help you design, prototype, and manufacture low-cost, scalable, room-temperature-stable quantum computing hardware!

What We Are Developing:

QRNG was our flagship project, it is an open-source, open-hardware quantum random number generator that was developed to prove that anyone can develop quantum hardware in their own home! We chose to design the circuit first using the OpenQASM programming language, tested and validated the design using IBM's QExperience quantum processors, and once we knew the algorithm would work we began the difficult process of converting that algorithm into a physical circuit that we could build at home. In total it took close to 4 months to develop and build the first QRNG prototype.

8Q - Status: Paused. (funding)
8Q is an 8-qubit, general purpose quantum processor that can be built in the garage! Spurred on by the initial success of our flagship QRNG, we decided to undertake a much more complex project which would give us invaluable insight into how best a quantum architecture based on photonic qubits could be implemented. Design is finished, construction of the device has not been completed due to funding constraints (estimated build cost of $8-10k)


Universal Gate Set - Status: In Development
Spooky Manufacturing's Universal Gate Set came about as a natural result of the design of our 8-qubit processor. It takes a long time to design and validate any circuit, but quantum circuits are especially difficult to implement as there are so many variables that can affect coherency (and thereby the success rate) of a given circuit. Having a standardized set of gates allows us to greatly reduce the complexities of circuit design, and was absolutely critical to validating the 8Q processor. To accomplish this, each gate has been designed such that all paths are of equal optical length which greatly reduces the complexity issues surrounding timing and coherency of optical circuits.

QEDA - Status: In Development
QEDA is an acronym that stands for "Quantum Electronics Design Automation" which is an open-source RTL synthesizer for quantum circuits! The initial idea for QEDA was born shortly after developing our flagship QRNG project and really took off while the 8Q processor was in development. Utilizing our KLM based architecture for developing a general purpose processor is possible, but due to the requirement for optical-delay loops it was quickly found that this architecture is exponentially better suited to application specific circuits.

Designing application specific circuits takes time though, even with our universal logic gates you still need to draw a schematic, layout a pcb, etc. With QEDA however, you can just design your algorithm in OpenQASM, simulate it using your preferred simulator, and then convert your design directly into industry standard manufacturing files that any PCB manufacturer/assembler can manufacturer!

QCode - Status: In Development
During the development of QEDA it became readily apparent that we needed an intermediate representation (IR) to decouple the QASM parsing from the synthesis code. Rather than just keeping the IR hidden away in our QEDA project, we decided to create a new standard to allow others to really get the most out of QEDA. Using QCode you can swap-out QEDA's OpenQASM parser for another language, or you can swap out the synthesizer for another tool (such as a circuit simulator), and you can even extend QEDA to synthesize circuits for different quantum architectures!

SpookyIDE - Status: In Development
We wanted a pretty GUI to go with our QEDA software, and after writing down all of the features we wanted for our own hardware design, we realized that we wanted a full IDE. So, we made one! SpookyIDE is an all-in-one integrated development environment for quantum hardware developers. Design, test, and synthesize your circuits, all from one easy-to-use, highly extensible editor!


QCtrl - Status: In Development
Once you design your quantum circuit, you're going to want to use it right? We've created a variety of drop-in hardware and firmware blocks that allow you to easily integrate with a variety of technologies. Whether you are looking to connect to a PC over USB, PCIe, or something else entirely, I'm sure you'll find QCtrl to be invaluable for your project!