Published on April 11, 2020 by Alexandros Theodotou 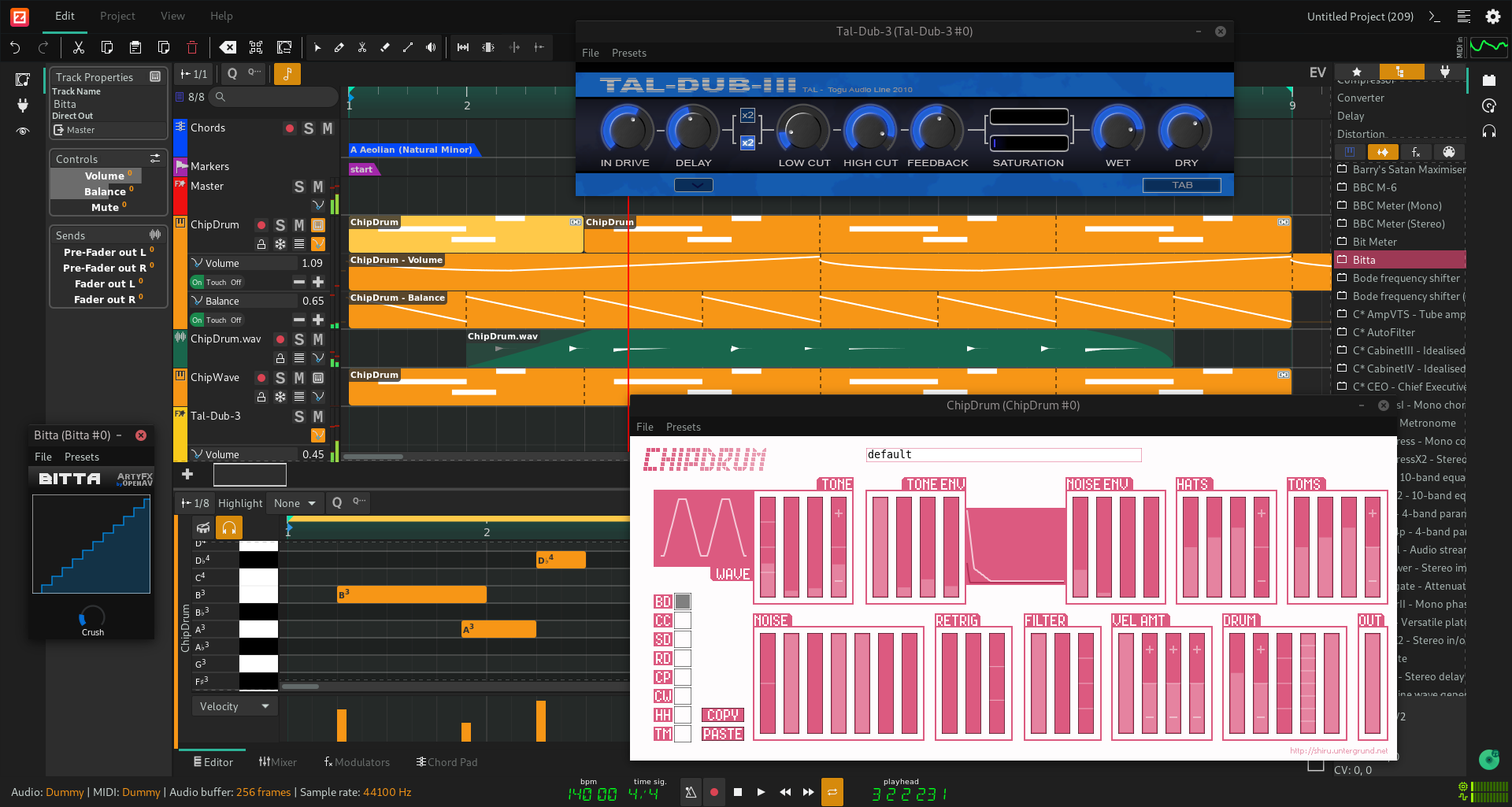 Zrythm is a digital audio workstation designed to be featureful and easy to use. It allows limitless automation, supports LV2 plugins, works with the JACK audio backend, provides chord assistance, is free software and can be used in English, French, Portuguese, Japanese and German.

Zrythm is in the late alpha stage and we are implementing the final few features left before we stabilize the project format and enter the beta phase.

The main changes since the last announcement are the following (view the whole changelog here: <https://git.zrythm.org/cgit/zrythm/tree/CHANGELOG.md>).

Moved the transport bar to the bottom to give more breathing space to icons at the top.

Right click on MIDI material -> bounce to bounce the signal into an audio region.

Automation can now be recorded live in latch/touch modes.

Zrythm now has user scripting support through a [GNU Guile](https://www.gnu.org/software/guile/) [API](https://manual.zrythm.org/en/scripting/intro.html). GNU Guile is an implementation of the Scheme language, a dialect of LISP.

The Undo/Redo history is now saved with projects.

Zrythm can be built from [source](https://git.zrythm.org/cgit/zrythm) at no cost or pre-built packages can be downloaded for various distros for a fee at <https://www.zrythm.org/en/download.html>. Downloading an installer is the best way to support this project.

Our current goal is to get to beta as soon as possible. Getting to beta means the project format will (mostly) freeze, meaning that projects saved with different Zrythm versions will be compatible. This means that we must implement all project-breaking features for version 1 before beta, and work on stability during beta.