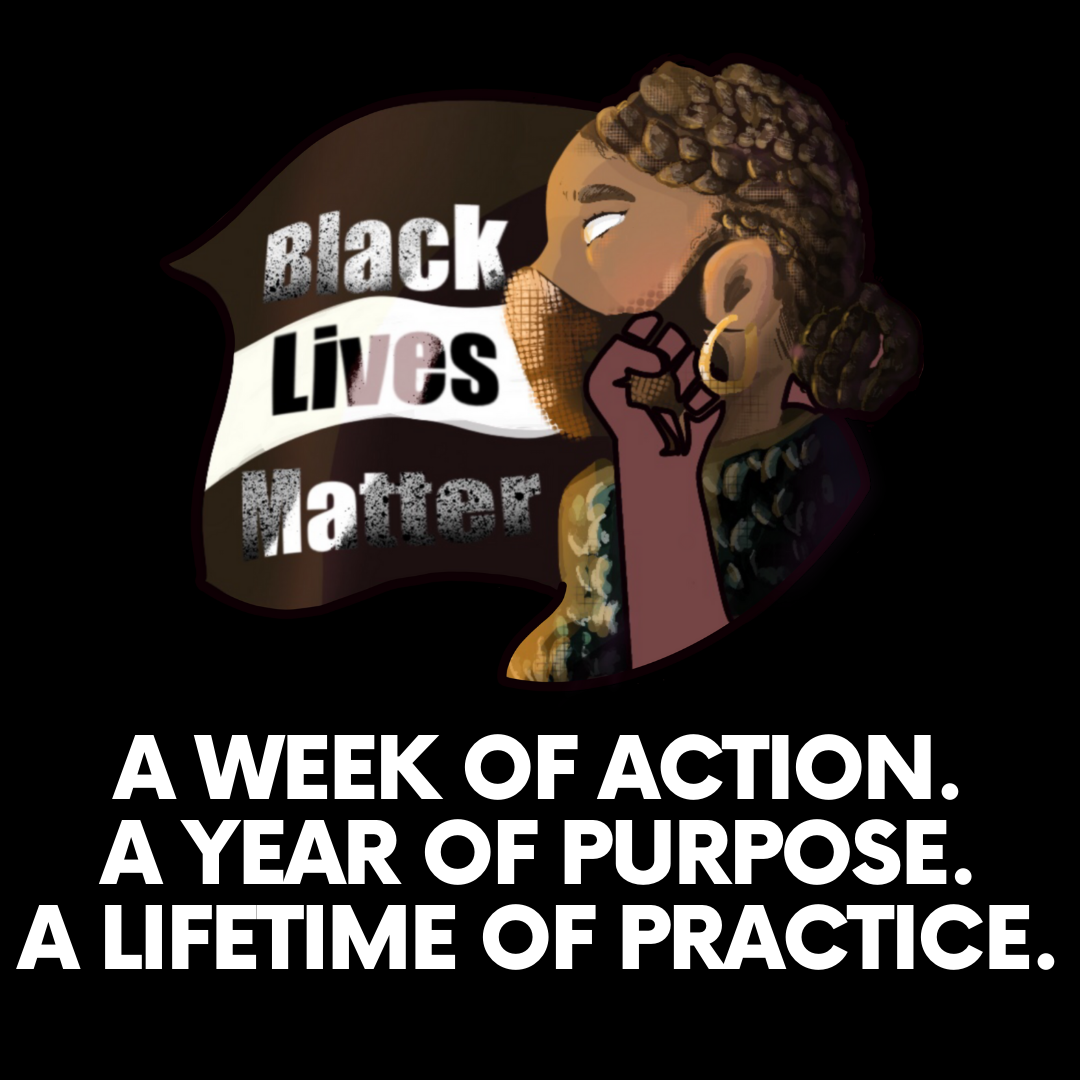 Black Lives Matter at School is a national coalition organizing for racial justice in education.

National Black Lives Matter At School is all of us

Thank you for supporting National Black Lives Matter At School.

We are extremely grateful to every one on here who has donated so far. This is supporting us as we seek to step up investment and infrastructure for this work which has been led by an ALL-VOLUNTEER committee since 2017. And look at everythi...
Read more
Published on March 24, 2022 by Christopher R. Rogers

Established in 2016.
How it all began

Black Lives Matter at School is a national coalition organizing for racial justice in education.  We encourage all educators, students, parents, unions, and community organizations to join our annual week of action during the first week of February each year.​

The Black Lives Matter at School movement first started in Seattle during the fall of 2016, when thousands of educators in Seattle came to school on October 19th wearing shirts that said, “Black Lives Matter: We Stand Together.” Hundreds of families and students did too. Many of the shirts also included the message “#SayHerName,” a campaign to raise awareness about the often unrecognized state violence and assault of women in our country.

This action attracted national news, helping it spread to Philadelphia. That city’s Caucus of Working Educators’ Racial Justice Committee expanded the action to last an entire week that year with teaching points around the principles of Black Lives Matter. Educators in Rochester, New York also held a Black Lives Matter at School day in 2017.

During the 2017-2018 school year, from February 5 to 9, thousands of educators around the U.S. wore Black Lives Matter shirts to school and taught lessons about structural racism, intersectional black identities, black history, and anti-racist movements for a nationally organized week of action: Black Lives Matter at School. Educators in over 20 cities participated in this national uprising to affirm the lives of Black students, teachers, and families including, Seattle, Philadelphia, Los Angeles, Chicago, Detroit, Boston, New York City, Baltimore, Washington, D.C., and beyond.