You can support the cooperative and look stylish while doing it by purchasing Ledgerback-branded products such as t-shirts, stickers, and other mer... Read more

If you would like to volunteer to work on one of our projects, please select this tier.

An introductory (101) micro-course on the platform cooperativism movement. Donations here will go towards creating the course materials, a certif... Read more

Please donate to support our work and so we can maintain, improve, and continue to make publicly available our information resources to help the pu... Read more

Please donate to support our work and so we can maintain and improve our website.

Please donate to support our work and so we can maintain and improve our Research facilities and infrastructure to better support our member-scholars.

Request the LDCRC to make your own personal newsletter

Request the LDCRC to proofread and/o edit your paper.

Request the LDCRC to be your ghostwriter and write an essay for you.

Request the LDCRC to host a session where we break down your questions into smaller, more approachable questions.

Request the LDCRC to be your ghostwriter and create a presentation for you.

Request the LDCRC to host a session where we help you identify your problems and set objectives.

Request the LDCRC to summarize an article.

Request the LDCRC to host a debate session

Request the LDCRC to host a brainstorming session

The LDCRC's Library gives you all the data you need to find people, organizations, language, and more you want to find in the alternative internet ... Read more

Request the LDCRC to host a problem identification session

Ledgerback Digital Commons Research Cooperative is all of us

Author: Charles Adjovu Here are some updates from us over the past month.LedgerbackØDCRC is official...
Read more
Published on June 19, 2021 by Ledgerback

Newly released Part 1 of our introductory mini-course on the platform cooperative movement covering platforms and cooperatvisim. You can find the slides for Part 1...
Read more
Published on November 1, 2020 by Ledgerback

What is the Ledgerback Digital Commons Research Cooperative?

The Ledgerback Digital Commons Research Cooperative (LedgerbackØDCRC) is a nonprofit cooperative. The  LedgerbackØDCRC  is a community of academicians, researchers, students, thinkers, activists, citizens and more collaborating together to operate and manage an independent education and research center.

Foster collaboration between stakeholders and unify the study of the internet and society (i.e., the network society).

A glocal society and infrastructure supported by ledgerbacked systems and thinking.

Ledgerback is the combination of "ledger" and "back." The word is dervied from combining back from greenback and ledger.

Ledgerback is a combination of "ledger" and "back." Ledger comes from the term Distributed Ledgers (which is often used interchangeably with blockchain). Back comes from the slang term "greenback."

The word is meant to recognize that we are currently in a transitory period and identifying the paradigm shifts needed to move our current system to blockchain-based systems (though, this can be expanded to the global technological commonwealth).

We chose "Ledgerback" based on the history of the slang term "greenback." Greenback as a term arose in the mid-1800s during the US Civil War as the US Federal Government started issuing paper money on green-colored paper (hence the name greenback). There was major uncertainty at the time over whether greenbacks would be recognized as banks as legal tender, how much one greenback equated to a piece of gold, and so on. Though this period caused some turmoil, it was a transitional period that has led to our current time where we accept paper money as money without a second thought. We believe we are going through a similar transitional period, where we are moving from paper (physical) to distributed ledgers (digital), or to ledgerbacked systems, (i.e., systems that are built on top of blockchains and are backed and secured by the blockchain's inherent properties and a society pushed by blockchain values and thinking), and even greater than that, a global technological commonwealth.

Our logo is of our mascot, Scout Stork. 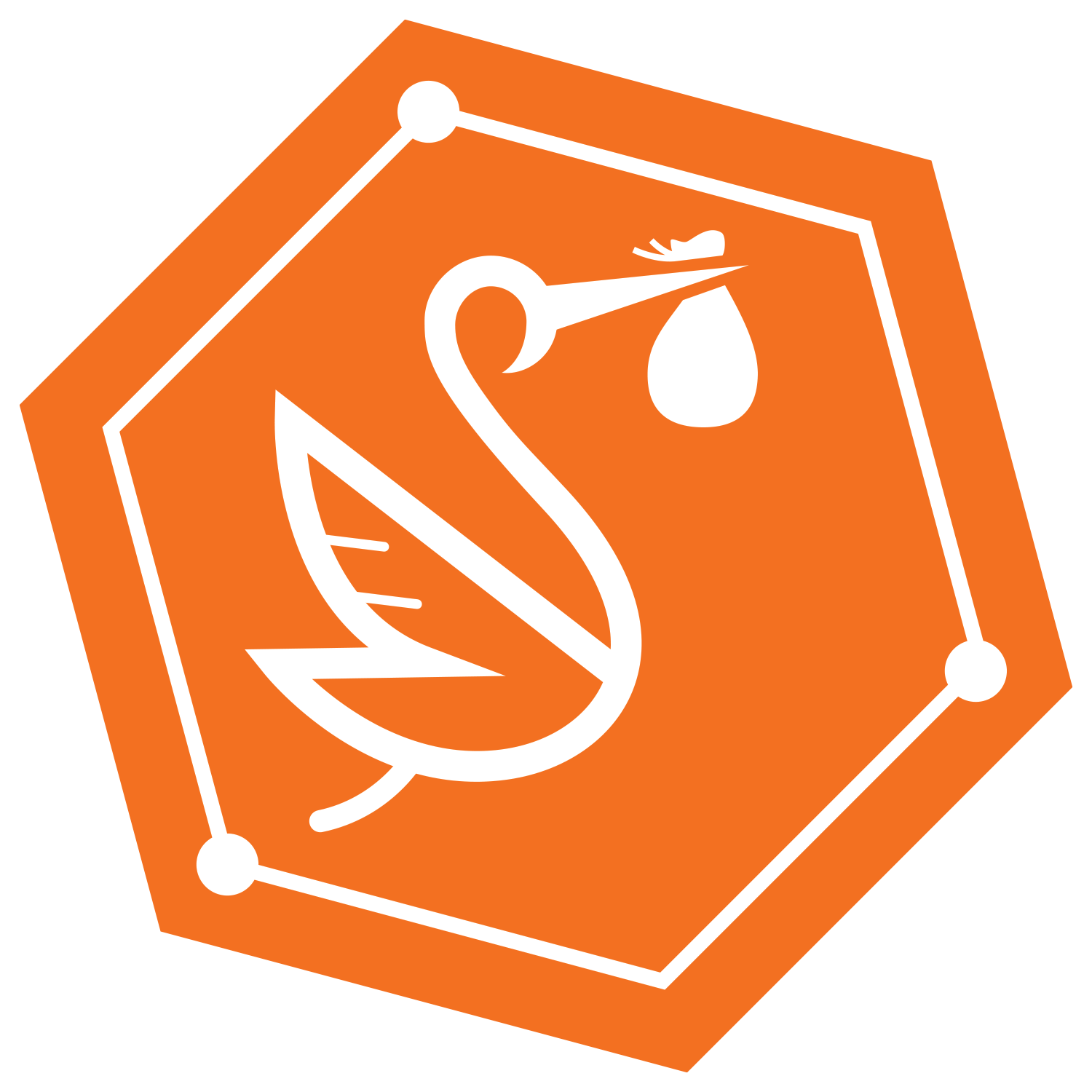 Scout Stork (the beautiful stork in our logo above and the visual representation of our cooperative) is our spiritual guide who helps guide us in finding the paths to flock together with industry, academia, movements, and citizens (or stakeholders and movements) to achieve the paradigm shifts needed to transition towards ledgerbacked systems (and towards a global technological commonwealth), and in making and disseminating knowledge to our members, interested parties, and the general public.

The name of our mascot, Scout Stork, comes from the fact we wanted an alliteration for the name, and that Scout can refer to someone who explores a new area to gain information, which we we are doing here at LedgerbackØDCRC within the network society.

Flock together. Change together.

Peering into the noggin.

During the months of September and December, LedgerbackØDCRC published the first edition of its Amalgam magazine on Medium, and Ledgerback published its first blockchain market review, A Preliminary Review of Blockchain in the Music Industry, on Social Science Research Network (SSRN) and Scribd.

Our principles and values will continue to evolve as time goes on.

For more information, please refer to the Docs, the Substack Newsletter, or chat with us on Discord or Reddit.