Christian Tschudin (aka ‘cft’), Aljoscha Meyer (aka ‘Aljoscha’), and Zenna Fiscella (aka “zelf”) co-organized and co-hosted the first P2P Basel workshop at University of Basel, as part of the informal “No Internet” initiative. 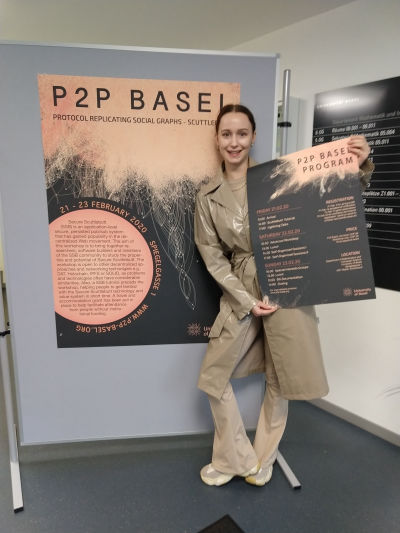 Zenna (aka ‘zelf’) demoing the awesome poster she designed for the event.

About two dozens of people from around Europe (and even some from the US!), including Yours Truly (aka “elavoie”), gathered for the weekend and actively and enthusiastically participated. There was one session of prepared presentations, in a more academic style, that will be made online later. The rest of the workshop were “unconference” sessions, where the topics covered were suggested and hosted by participants themselves.

One notable discussion for me was the exercise Christian led in articulating some of the various directions in which the SSB project is growing. It is actually quite hard to provide a roadmap for external stakeholders, such as our awesome backers and other potential funders, because the project is actually organically growing from the initiatives of individuals and small groups without an explicit master plan. Nonetheless there is still some structure and directions to those initiatives that are illustrated in the following picture: 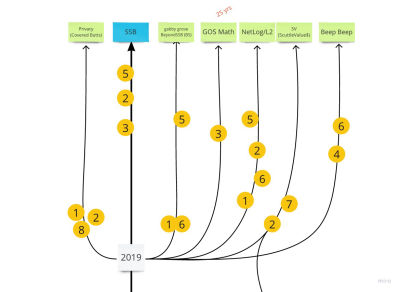 Partial and implicit roadmap of the SSB project, as reflected by some of the initiatives of different individuals and groups.

The roadmap is full of acronym and shorthands, so for the uninitiated these stand for:

3. GabbyGrove: supporting new encoding formats that enable, among other things, indicating that the content of some messages can be deleted;

4. Grow-Only Sets (GOS): replicating peer messages based on sets rather than single-writer append-only logs, enabling among other things (easier) sharing of the same identity across devices and removing some of the difficulties in handling forks at the networking level;

5. NetLog/L2: replacing TCP at the hardware level with a networking protocol based on the replication of single-writer append-only logs, essentially trading greater memory usage in networking infrastructure for lower bandwidth requirements;

6. ScuttleValue$: extension of the project in commercial spaces, with private initiatives and sound economic models;

It is important however to remember that our community is much larger than those who attended the event, and the previous initiatives are only a slice of everything that is happening in our world-wide community.

Some of the participants gathered for a group photo at the end: 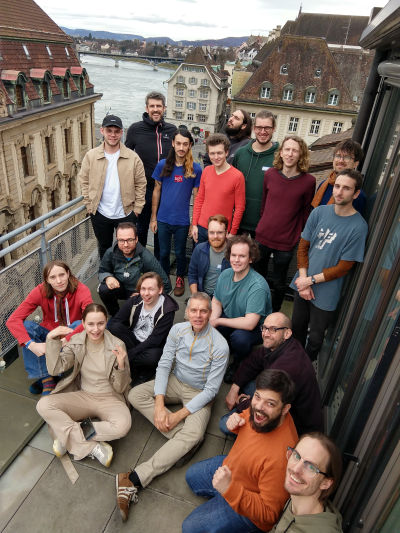 Some of the participants of the P2P Basel workshop on the top terrace of the Computer Science department with the Rhine River in the background.

For those interested, meeting notes and pictures are shared on SSB. Here are some of the main topics covered: 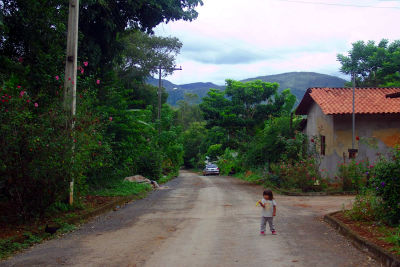 Picture of a kid playing in the street of Moinho.

Tickets for Scuttlecamp 2 are now on sale on Open Collective! For those without the means, a limited number of scholarships are available to subsidize the costs. For others with more financial means, you can sponsor a ticket for others.

Mix Irving (aka ‘mixmix’) is also looking for a volunteer to help increase the Diversity, Inclusivity, and Accessibility of the event. The job requires asking for money and support, actively seeking out who may benefit from a Scholarship, and making sure budgets are balanced. Mix had a blast doing it for both Scuttlecamp 1 and DWeb Camp in the last year and is quite keen to help someone else learn about and do this work.

If you intend to go but are not quite ready to buy your ticket, you can signal your intention in the following SSB gathering:

Some community members are interested in going to Electromagnetic Field, “a non-profit UK camping festival for those with an inquisitive mind or an interest in making things: hackers, artists, geeks, crafters, scientists, and engineers”. You can chat with them on SSB using the #EMFCamp hashtag.

I will start covering a bit more of the arts of SSB, in order to carry across a bit of the (sometimes quirky!) community culture in this newsletter.

Andre Garzia… (aka ‘Soapdog’) started sharing his coffees in August 2018. 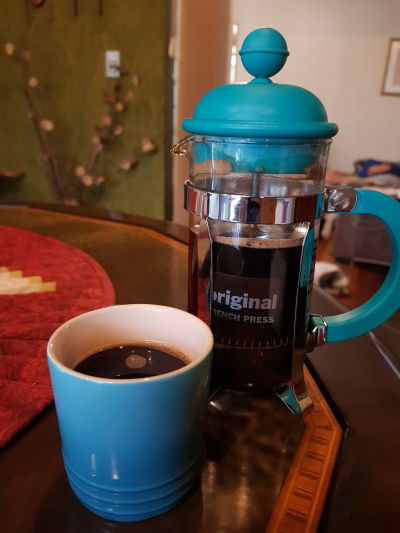 Picture of a coffee cup in front of a French press.

Not missing an opportunity for meme building, Zach Mandeville (aka ‘Zach!’) shared his own “foffee”: 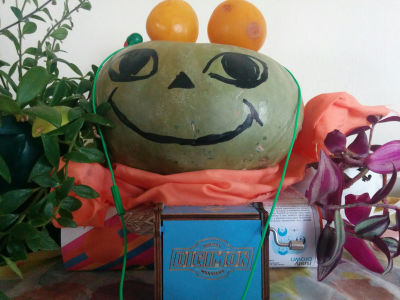 Followed by Angelica B. (aka ‘Angelica’): 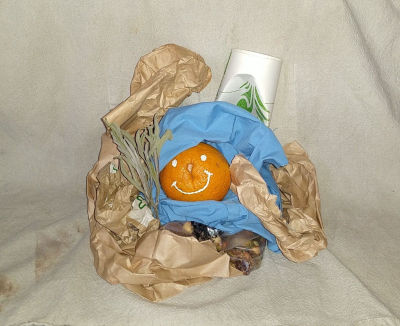 Another picture of a foffee.

This spawned another 46 posts such as this: 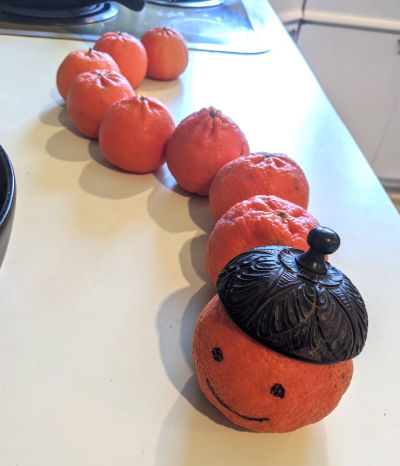 A final picture of a foffee.

You can join in on SSB with your own morning foffees!

After months of hiatus, C. Moid (aka ‘moid’) resurrected his erlbutt, an Erlang implementation of SSB. This is part of a larger endeavor that may one day lead to the creation of a company that could provide Electronic Health Records for patients in a decentralized manner. The most recent work includes refactoring and learnings on interoperability with other existing implementations, such as Go, JavaScript, and Rust.

Nichoth (aka ‘nichoth’) is making progress on Eventual, an SSB photo sharing application. They are almost ready to test it with real people!

Christian Bundy (aka ‘Christian Bundy’) released version 2.13.1 of Oasis, skipping a bunch of previous unannounced versions. It now includes, among other things: follow/unfollow/block/unblock interactions, many UI improvements, additional views, and many bug fixes.

Mix Irving (aka ‘mixmix’) announced the first version of the private group specification with significant progress made in collaboration with Keks (aka “keks”) and Dominic Tarr (aka ‘Dominic’). The Application Programming Interface (API) is also stabilizing.

Mix Irving (aka ‘mixmix’) also improved on the autocompletion when @-mentioning people in the clients, with the release of [email protected].

The CILG continues to meet and decided to start using an email app to centralize their communications. You can join them on this mailing list.

SSB-Browser as a Web Extension

Jacob Karlsson (aka “Powersource”) published SSB Browser as a firefox addon, making it easier for everyone to install.

Andre Garzia (aka ‘Soapdog’) released a new version of Patchfox, with new message styles and a Zine mini-app view.

Picture of the zine view of Patchwork, showing the various posts of the #basel channel.

You can fund them on their Open Collective.

Evan Henshaw-Plath (aka ‘Rabble’) announced that Planetary’s iOS client is going open source, with a Mozilla Public License. Contrary to their initial plans of onboarding new users on a separate network key, which would have segregated the new users from the existing community, they will connect them with the current community. Planetary still stays a for-profit corporation backed by venture capital, but will be converted to a public benefit corporation so they won’t have to maximize profit over everything else.

Andre Staltz (aka “andrestaltz”) released a new version of Manyverse, another iOS client for SSB. The new version adds, among other things, a “Settings” screen with options to free up space by limiting the total amount of storage used by the application to store blobs (ex: images). You can fund them on their Open Collective.

Thanks to ‘martin’, ‘cryptix’, ‘Timothy Robinson’, ‘Lance Wicks’ and all our other backers for their continued support. You have collectively added 192.88$ (after fees) to our accounts in February. This has helped to pay for Cel’s hosting fees (-11$).

See you again in April!