Dear backers and community, as for the rest of the world, a significant amount of our community’s attention of the last month has turned toward the COVID-19 and its impacts. I would like to personally highlight the really important contributions of everyone keeping essential services running in times of quarantine. I would also like to thank all the healthcare workers helping patients in critical conditions, sometimes at a significant cost to their own health. These challenging times provide an opportunity for the positive recognition of the people and systems that support us all. These times also provide, to everyone else with surplus time and attention, an opportunity to witness and reflect on some of the impacts of our collective choices. I personally wish we will emerge on the other side of this challenge with stronger abilities to deal with major crises, and a deeper understanding on a wider range of options we can choose from, both at the individual and collective levels.

While dealing with the immediate consequences and larger implications of the COVID-19, many of our community members have continued making progress on various projects. Please join me again this month on a tour of some of them.

Charles Lehner (aka ‘cel’) presented SSB at LibrePlanet 2020, a conference that fosters collaboration among free software activists and teams that further the ideals of software freedom by advocating and contributing to free software. The slides are already available and a video of the presentation will be made available later. 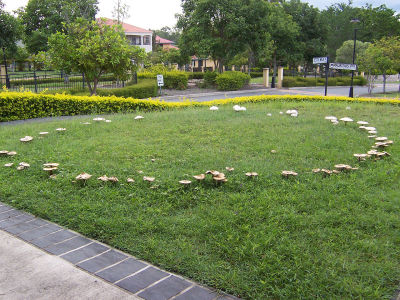 Image of a circle of mushrooms on a green lawn.

Daan Wynen (aka ‘daan’) initiated a new round of Faerie Ring, a “small group of SSB community members who meet up regularly to talk and support one another”. The practice of Faerie Rings is constantly evolving, and documented online. One of the hopes behind the practice is to grow the emotional resilience and capacity of participants. 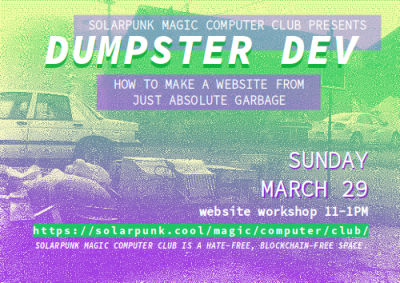 Zach Mandeville (aka ‘Zach!’) hosted two online workshops on making a website, best for people with absolutely no prior experience. The first was about about the basics and the second about styling. The goal is to help people make websites with gorgeous personal styles! Classes are Sunday 11-1pm NZT. 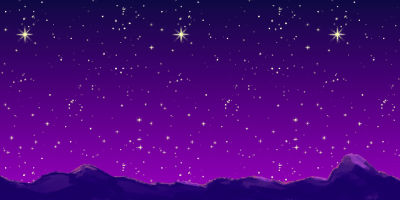 Pixel art of a starry night.

Tomas Ciccola (aka ‘devNull’) is live streaming technical presentations on SSB in Spanish. The goal is to explore the technologies from a low level and build simple clients from first principles. His work is part of a larger research endeavour on Critical Computing (in Spanish).

Evan Henshaw-Plath (aka ‘Rabble’) announced that Planetary is switching to the main SSB network [Note: SSB clients need to use the same Network Identifier to communicate, and Planetary was previously using a different one to create a distinct network. ]. New users can build Planetary from sources or install it via test flight.

Andre Staltz (aka “andrestaltz”) released a new version of Manyverse for iOS and Android. Among the bug fixes and improvements, you can now react to posts with emojis. You can fund them on their Open Collective.

Andreas Dzialocha (aka ‘adz’) has worked on Beep Beep, a proof-of-concept communication system that is inspired by Bamboo, SSB, and ActivityPub. The latest developments involve experiments with Web Assembly and Rust. One of the goals is to use this stack to build decentralized tools for self-organizing festivals.

Cherese Eriepa (aka ‘chereseeriepa’) is working on a new message type for describing artefacts that could later be assembled in collections. This will enable different ways of threading stories and relations between people in the Ahau application (which means “I, me” in Maori).

Andre Garzia (aka ‘Soapdog’) improved Patchfox with new support for mentions, custom urls, and a new mini-app to republish RSS/Atom support on SSB. They also re-published older videos on peer-to-peer and Web development on new YouTube Channels in English and Portuguese. You can fund them on their Open Collective.

Revisiting the Design of Core Libraries

Aljoscha Meyer (aka ‘Aljoscha’) wrote down the essence of two of their talks at P2P Basel.

In the Set Reconciliation post, they revisit the synchronisation primitives at the heart of SSB to use sets of messages instead of append-only logs (equiv. lists). This solves thorny issues that arise when users fork their logs, intentionally or not. They explain a scheme that can make replication efficient when messages can be totally ordered (even if they don’t explicitly link to one another).

In the Sequence Abstraction post, they revisit Application Programming Interfaces that are typically used for working with streaming content, to find one that is the least surprising possible (i.e. exhibits the best symmetry between the different operations).

Allowing Messages to be Publicly Shown on the Web from Patchwork

Charles Lehner (aka ‘cel’) is working on adding an option to flag individual posts, instead of an entire log of messages, for public display in current http bridges, such as this one.

Recurrent Funding for Maintainers from the SSBC Funds

Christian Bundy and I (aka “elavoie”) started a new recurrent funding initiative for maintainers of SSB. The goal is to financially support time spent on new releases as well as reviewing and merging pull requests from the larger community. We hope this will enable developers to dedicate more time for maintenance, and make it easier for contributors to improve the stack. Starting in April, and for the next three months, Christian will be the first recipient of 100USD/month from the SSBC. We will use this trial period to figure out a reasonable workload and work out the potential kinks, after which we plan to open the opportunity to more developers.

Josiah noticed 32.11$ of remaining proceeds from the sale of SSB t-shirts initiated last year, and added them to the SSBC Open Collective.

Thanks to Martin, Andrew, Josiah, Timothy, Lance, and all our other backers for their continued support. You have collectively added 232.65$ (after fees) to our accounts in March. These were used to buy 250 stickers (-185.87$) to distribute to you, our backers, and the rest of the community. You can claim yours by contacting Charles.

See you again in May!