Dear backers, last month there was a lot of activity on multiple fronts: community participation at DWeb Camp, transfers of funds to many projects, refactoring of core SSB components, strategic thinking about the evolution of SSB, and a new research paper accepted! Let’s dive in! 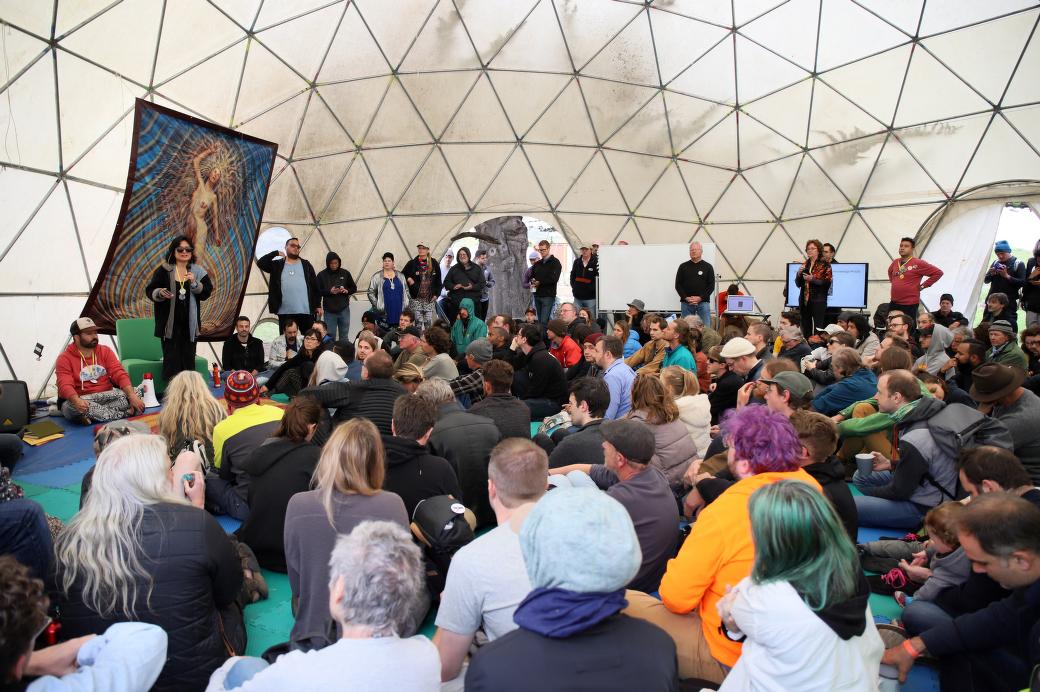 A few dozens members of the SSB community have joined the 500 participants that attended DWeb Camp from July 18 to 21. DWeb-Camp is a more informal (and camping-oriented!) version of the Decentralized Web Conference. Members of many decentralized projects were present so it was a great opportunity for reinforcing links between different communities that share similar goals. We have since seen a flurry of activity from DWeb-Camp attendees, both old and new to SSB.

Mix and Mnin have spearheaded a Diversity and Inclusivity community fund-raising to lower attendance costs for folks to attend DWeb-Camp that otherwise could have come. This has helped quite a few people to come that could not have otherwise.

In recognition for the tremendous amount of efforts that went into the Diversity and Inclusivity organization, Mix and Mnin will each receive some funds from the SSBC funds (to be determined). This will be in addition to a small amount the Internet Archive has provided in recognition for the efforts. You can support more initiatives like these by donating to the SSBC Open Collective.

The amount allocated to Peach Cloud, Sunrise Choir, Patchfox, Patchbay, and Patchwork projects from the Handshake Grant have now all been received. The decision process to allocate the money will be explained in a future update on the ACESS Collective, that was hosting the funds. The actual transfer of money turned out to require quite a bit a coordination in the background, both to reassure the bank and add traceability on the Open Collective platform. You can provide additional support for each of these projects on their respective Open Collective page by clicking on the link for each project.

A key component of the SSB stack is being rewritten. One of the oldest modules in the Node.js implementation of SSB is the so-called ‘gossip plugin’, responsible for establishing connections with other peers. It has accumulated technical debt, and recently Andre Staltz took up the task of refactoring it, to remove opinionated assumptions and decisions, to make the code more modular, and to pave the way for new connection modes besides the ones SSB already supports. The new plugin, SSB-CONN (Connections Over Numerous Networks), has seen constant progress throughout the month of July. The new modular architecture should make debugging easier and facilitate contributions by others. It is already deployed in Manyverse, and work is underway to deploy it in Patchbay.

Dominic has been touring Europe since the middle of May. He is taking the opportunity to meet with many contributors and advance the SSB project on multiple fronts at the same time. Among other stops, he went to Hamburg and met with Arj, Cryptix Keks, Aljoscha. This meeting helped clarify what are the core aspects of SSB and pave the way for future improvements to the protocol.

For more detail, Aljoscha and Arj have written extensive notes on the meeting, both of which are available on SSB (%lcvqRnI7nIgkiMoJ3q8liX3TImkWqakZNZb4xYxwCWQ=.sha256 and %Agjn+XnHwGJBVQbuTWyqRzEQT9Af6ElEvHQQG+k6Pj4=.sha256).

One interesting non-technical outcome of this meeting is that the evolution of SSB is now a fully shared activity and is not the sole responsibility of Dominic, both as a designer and implementer for the core libraries. This greatly diminish the bus factor of the SSB project and increases the collective intelligence behind the design.

Since January, Dominic, Aljoscha, Christian, and me (Erick) have been working on a paper that describes the current Secure-Scuttlebutt protocol design. We have submitted the paper to be presented at the Information Centric Networking (ICN) conference in China from September 24 to 16 and it got accepted by reviewers in the last week of July! We are making the last revisions before submitting the final version.

Our paper will become available in the ACM Digital Library two weeks after the conference presentation. If you are interested in the paper, but lack institutional access to the ACM DL, you can write to one of the co-authors and we will send you a copy.

Not only is this the first SSB paper accepted in a peer-reviewed conference, to the best of our knowledge it is also one of the few papers on the current crop of decentralized projects to be recognized by the current academic communities. This may carve a space in academia for more papers on decentralized technologies at large and revive research on peer-to-peer systems that fell out of favour in the beginning of 2000.

Thanks again for your support, financial and otherwise, it helps to grow these initiatives! If you would like more details on the technical developments and context on the paper that was accepted, write to me ([email protected])!

See you again in September!