Published on January 7, 2020 by Erick Lavoie

Dear backers and community, here is a summary of the community activity since mid-November 2019.

Steps Towards an EU Consortium

Aside from their participation in Re-Web, organized by Edgeryders on November 24th, Jacob Karlsson (aka ‘Powersource’), Louise, Keks, Alexander Cobleigh (aka ‘cblgh’), Anders Rune Jensen (aka “arj”), Zenna Fiscella (aka “zelf”) and Andre Staltz (aka ‘andrestaltz’) met to kickstart the creation of an SSB EU Consortium. Among the different objectives of the consortium, one is to achieve “stable sustainable progress” on technologies related to SSB. The consortium hopes to do so by, for example, finding sustainable funding sources for members, which may include grant applications at the EU level, and increasing the level of collaboration between participating projects. 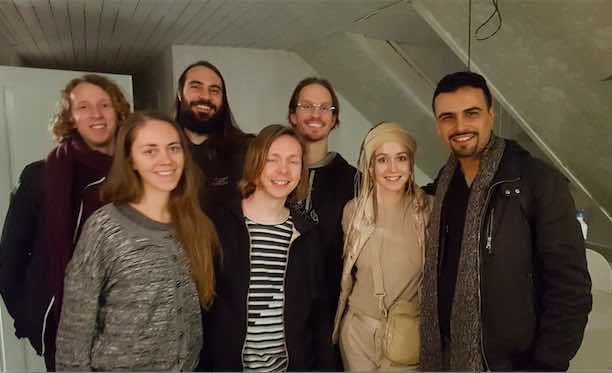 This kickstart meeting has since been followed by another online meeting in which yours truly (aka ‘elavoie’) also participated.

Aljoscha Meyer (aka ‘Aljoscha’) gave a talk on “Single Writer Append-Only Logs” at the 36th Chaos Communication Congress in a self-organized session. Unfortunately the talk was not recorded.

Adz, Sophiiistika, and Cafca presented current and upcoming technical infrastructure to help organize decentralized festivals. In particular they introduced P2Panda, an evolving spec to implement a successor to their Hoffnung3000 web platform using peer-to-peer protocols. P2Panda’s design is inspired by and might use SSB and Bamboo. The juicy technical details of the design are explained in their talk starting at 16:38.

Andre Staltz on the Apenã Podast

Andre Staltz (aka ‘andrestaltz’) did an interview in Portuguese for the podcast on the future of the Internet. This should make the latest developments of Manyverse and SSB more accessible for Portuguese speakers, notably in Latin America.

Wikipedia editors have accepted our article providing an overview of Secure Scuttlebutt on November 18th. The initial draft had been written by Andre Staltz (aka ‘andrestaltz’) in January 2019. Alexander Cobleigh (aka ‘cblgh’), Christian Bundy (aka ‘Christian Bundy’), Jacob Karlsson (aka ‘Powersource’), and Charles Lehner (aka ‘cel’) further helped improve it.

SSB and Planetary Presentation at Code for PDX (Portland)

Evan Henshaw-Plath (aka ‘Rabble’) gave a presentation in a Code for PDX’s meetup in Portland. They presented SSB and Planetary, their upcoming SSB client for iOS. Compared to existing clients, Planetary has an additional focus on enabling content creators to be rewarded for their work.

Details of the event are still upcoming. You will likely have to organize your own accommodation and travel. More information should be available in the next newsletter. If you have questions in the meantime, you can contact Aljoscha Meyer (aka ‘Aljoscha’) or Zenna Fiscella (aka “zelf”).

The event website is now live! Tickets will be available on the Open Collective, hopefully in January. In the meantime, you can become a sponsor and your donations will fund a scholarship program for folks that otherwise could not participate. 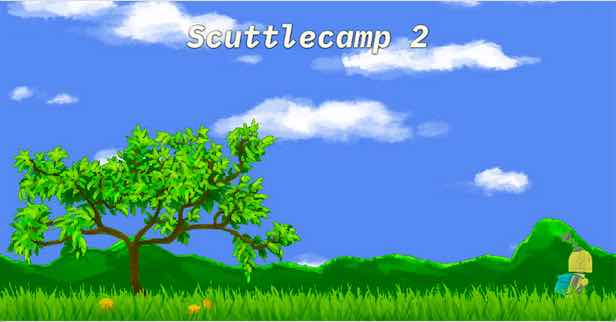 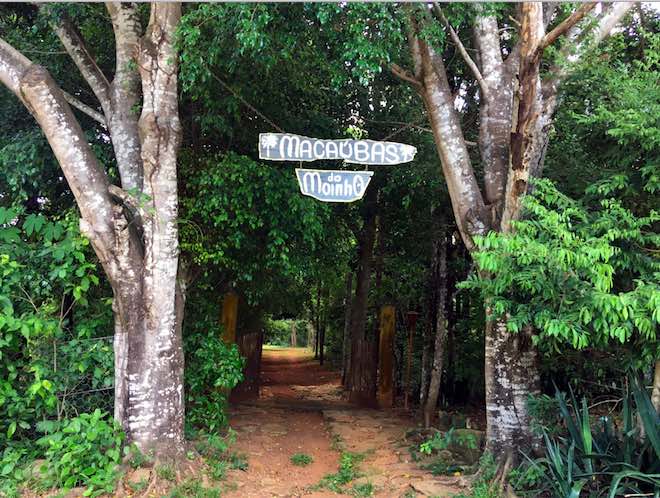 Glyph (aka ‘glyph’) and other members of the Community Infrastructure Learning Group invite SSB Pub Operators to answer a survey about their setup. The group will use the results to prioritize their next activities, which may include the creation of new documentation, learning material, and software. Other activities and discussions are covered in the meeting notes.

Christian Bundy (aka ‘Christian Bundy’) also released Oasis 2.8.0, another browser-based client for SSB. The latest version adds the possibility to view posts by popularity (by the number of likes they have received) instead of recency, as is typical of other clients. You can try a demo version online.

Steps Towards a Rust SSB Implementation

Piet Geursen (aka ‘Piet’) demonstrated the publication of messages and replication of feeds from a Rust client. This is not yet a standalone Rust implementation of SSB, since it still depends on a modified JavaScript implementation, but it does show that some major pieces of the Rust technical stack are now working.

Piet followed right after by announcing Sunrise Social, a native android app for SSB written by the Sunrise Choir team and Henry (aka ‘cryptix’). Among the major distinguishing features, the app stays responsive during synchronization. It also integrates some Rust bindings showing the practical applicability of the growing Rust stack. You can fund the Sunrise Choir team on their Open Collective.

SSB developers and community members interested in Rust gathered for a call to synchronize their efforts, with the following meeting notes.

Mix Irving (aka ‘mixmix’) and Anders Rune Jensen (aka “arj”) met to discuss the intricacies of Tangles, the append-only directed acyclic graph (DAG) of messages that emerges out of the interaction of SSB users. Their entire discussion is published on YouTube.

Dominic Tarr (aka ‘Dominic’), Mix Irving (aka ‘mixmix’), and Keks met over a call around private groups. They clarified the requirements on references to private messages. Mix further documented his own learnings about the current state of private groups.

Charles Lehner (aka ‘cel’) also released version 2.0.1 of ssb-npm, a tool that uses SSB as a mirror for JavaScript packages instead of npmjs.com. This helps the SSB ecosystem to host its own software. The work has been funded from the Scuttlebutt Maintenance Fund.

Jacob Karlsson (aka ‘Powersource’) released version 1.3.0 of ssb-first-aid-kit. This tool helps troubleshooting faster the root issues users sometimes have with their installation. You can follow their progress on their dev diary. The work has been funded from the Scuttlebutt Maintenance Fund.

Patchfox Support for a Zine Mini-App

Andre Garzia (aka ‘Soapdog’) is making progress towards embedding mini-applications within Patchfox. This should in turn lower the effort to build specialized applications that leverage SSB. Their first example is a Zine application that provides a preview of content in a grid. You can fund this effort on their Open Collective. 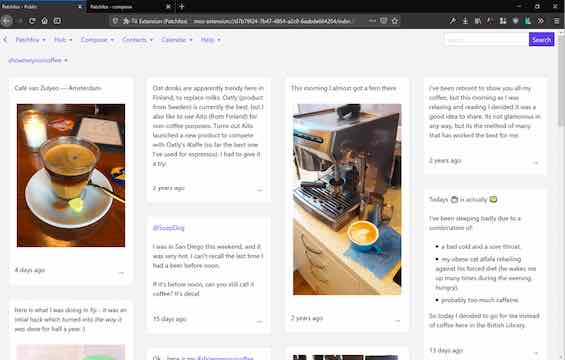 Ephemeral Chat for the Scuttleverse

Cory Levinson (aka ‘corlock’) has released the first work-in-progress version of Scuttle Chat, a terminal application that enables two SSB users to have a conversation that is not recorded on any SSB feed. The use of SSB identities leverages the trust built over time with previous recorded exchanges and social relationships on SSB. It thus removes the need to use third-party identity providers.

Mix Irving (aka ‘mixmix’) has released Whakapapa Ora 0.2.0, part of Ahau (which means “I, me” in Maori), a new application that uses decentralized technologies to create sovereign repositories of traditional knowledge of indigenous/tribal communities. Whakapapa means “genealogy”, i.e. your identity as described by all your relationships, stories, places. The latest release enables a visual map of those relationships. 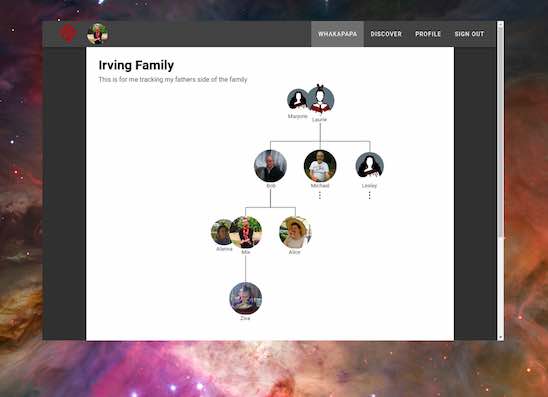 Andre Staltz (aka ‘andrestaltz’) released the first version of Manyverse for iOS. The application is fully functional and mirrors almost all the functionality from the Android app, except for Bluetooth Sync. For financial reasons, Andre will have to scale development time down to the actual amount of funding he is getting from donators to free time for other contracting work. If you would like to see him progress faster, become a backer on his Open Collective.

Thanks to Jonathan Gill, CEO of Backtrack.fm, for a one-time donation of 100$ in December. Thanks also to our monthly backers: ‘m k’, Tim Robinson, Lance Wicks, and everyone else. You have collectively added 275$ in December and 184$ in January (after fees) to our accounts. This has helped pay for Cel’s hosting fees (-11$/month x2).

This newsletter is actually paid from a Handshake Grant (-150 Euros/month, managed through ACCESS) with sufficient funds for the next 10 months or so. Your current donation level could already help maintain the newsletter beyond the grant.

The current donation level could also fund ~4h/month of maintainer time to review and integrate code contributions in our core code base (ex: triaging and merging pull-requests). We would probably realistically need at least 10x the current donation level to start supporting part-time maintainers (>40h/month) with a long-term commitment. So if you have leads for possible sponsors or know other potential backers, please get in touch.

See you again in February!